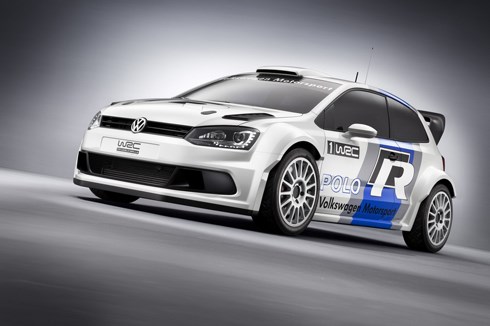 Volkswagen has finally ended months of speculation by confirming its participation in the World Rally Championship at a press conference in Sardinia.

As expected, Volkswagen will base its first ever World Rally Car on the Polo, with the car competing for the first time in 2013. The car was revealed at a packed harbour-side launch in Olbia.

Dr. Ulrich Hackenberg (member, board of management, Volkswagen) said: "In the past, we celebrated our sporting success in the desert, in 2009 first manufacturer to win [Dakar] with a diesel engine."

"But to the future, we have invited you to our entry into the World Rally Championship in 2013. The Polo WRC will compete for the first time in 2013 and we look forward to competing again WRC competitors Citroen, Mini and Ford."

There was no news on drivers at the launch.

Hackenberg continued: "There is almost 20 months between now and our first competition and we will find the drivers who can be in contention for first place.”

"Now we must prepare for the task ahead. There is a lot to be done. We look forward to racing on four continents."

Later, VW Motorsport director Kris Nissen confirmed the Polo WRC will be running before the end of this season with the car competing for the first time in 2013 and running in the WRC until at least the end of 2015.

"We will be able to run with the car by the end of the year," said Nissen. "We will start testing the car. We have an excellent team [in motorsport]. I am very proud of the team. We will run some events with Skoda [Fabia S2000] to train the team on events and to meet the people."

"This is a five-year programme for Volkswagen. The next two years will be to develop the car and the engine, we will then enter the WRC in 2013, 14 and 15."

Nissen added that he was delighted to retain the services of double world champion Sainz, saying: "When Carlos came to us, the team was not on the level we are now - thank you Carlos. But thank you to all the other drivers as well.”

"I spent some time convincing Carlos to stay in the team, it was the easiest 10 seconds ever! He [Sainz] will be my right hand and involved in many things. Carlos promised me not for racing, but for sure we need him for some tests."

Volkswagen confirmed it would be contesting the WRC on the same budget as it had for its Dakar programme. After winning Dakar for three years, Volkswagen will not contest the South American event in 2012 officially, but it is likely the Race Touareg 3 will run in private hands.

Nissen added: "I believe those teams can be competitive in 2012, we won't be there as an official team, but we would like to be there with private teams."