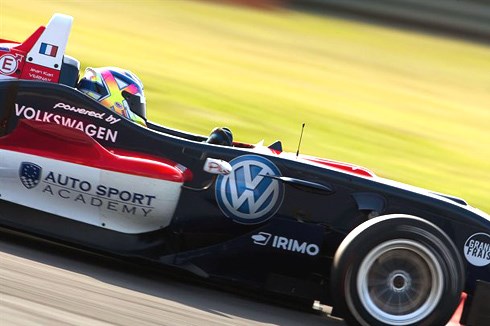 Volkswagen has confirmed it is eyeing a role in Formula One as an engine supplier, not as a team owner, if it enters the sport as expected from 2013.

That is according to former grand prix driver Hans-Joachim Stuck, who is now VW's motorsport representative. Stuck told German magazine Sport Bild, "it is clear that we are looking at Formula One," but that VW is "waiting for the FIA's decision in respect of the use of a world engine”.

VW was linked to buying into the Red Bull team a few years ago, but Stuck insisted any VW entry now would be as an engine supplier to multiple teams and not as a partner to a team in the same way Brawn has teamed up with Mercedes. Stuck has confirmed that VW would not have "[its] own team like Mercedes".

VW’s motorsport chief Kris Nissen wants the sport to improve its image, drive down costs and improve its stability before the group commits itself to F1. This, Nissen believes, is the responsibility of the new FIA president Jean Todt and the exisiting teams.

F1 is expected to switch to turbocharged 1.5-litre four-cylinder engines mated to KERS from 2013, but the sport is also keen on improving the efficiency of the current 2.4-litre V8 units in the mean time.