Vettel: I would probably do it again

"I should have understood, that is why I apologised to the team" 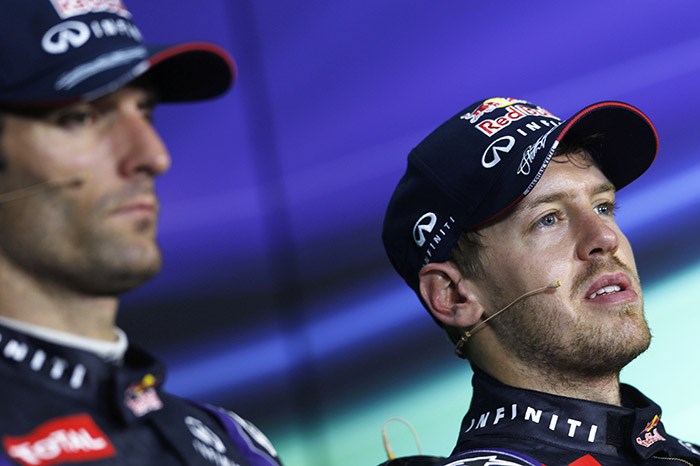 Sebastian Vettel says he would probably disregard team orders and pass Mark Webber again if the Malaysian Grand Prix situation was repeated, as he does not believe the Australian deserved victory.

Despite apologising to the Red Bull team for his decision to contravene its 'multi 21' hold position request and overtake Webber in a fierce late-race battle, Vettel told reporters in China on Thursday that Webber had not assisted him in the past and was not entitled to the Sepang win.

Vettel argued that he had misunderstood the team's message, yet admitted that even if he had comprehended, his actions would likely not have changed.

Asked if he would do the same again, Vettel replied: "I am not sure I can give you a proper answer because in the moment it might be different, but I would probably do the same.

"Had I understood the message and had I thought about it, reflected on it, thought what the team wanted to do, to leave Mark in first place and me finishing second... I think I would have thought about it and I would probably have done the same thing.

"He didn't deserve it.

"There is quite a conflict, because on the one hand I am the kind of guy who respects team decisions and the other hand, probably Mark is not the one who deserved it at the time."

Vettel and Webber have long had a fractious relationship, and the reigning world champion intimated that their history impacted on his Malaysian GP actions.

"I never had support from his side," Vettel said. "I have a lot of support from the team, and the team has supported both of us the same way.

"But in terms of the relationship to Mark, I respect him a lot as a racing driver, but I think there was more than one occasion in the past where he could have helped the team and he didn't."

Despite not regretting his actions, Vettel said he stood by his decision to apologise to Red Bull.

"I was racing, and as a racing driver I was solely focused on winning the race and I got a call on the radio, which I heard, but I didn't understand at the time," he said.

"I should have understood, that is why I apologised to the team - because in my action I put myself above the team. Whether you believe me or not is up to you.

But he shrugged off suggestions that he should have received a formal punishment from Red Bull.

"Maybe it is a little bit of a dreamland that you all live in, but what do you expect to happen?" said Vettel. "Make a suggestion!"