The triple world champion took over the Red Bull from junior driver Carlos Sainz Jr for the afternoon. 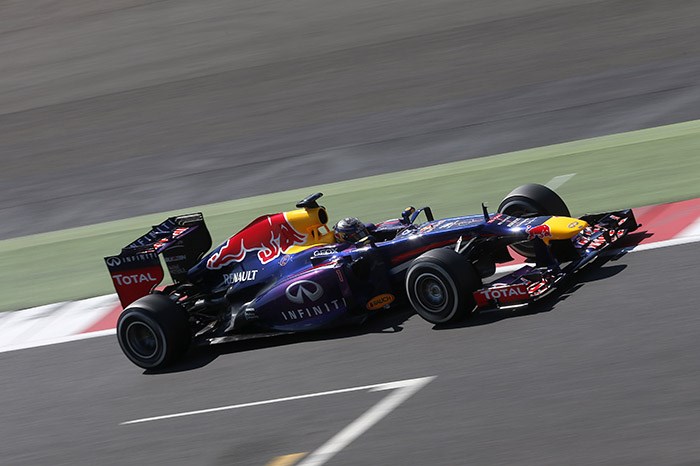 Sebastian Vettel topped the final day of the young driver test, setting the fastest time of the three days of running at Silverstone.

The triple world champion took over the Red Bull from junior driver Carlos Sainz Jr for the afternoon, packing in 78 laps while evaluating the new Pirelli tyres which will be used from next weekend's Hungarian Grand Prix onwards.

Behind him, Lotus development driver Nicolas Prost improved his time in the afternoon to beat Sainz to third fastest.

Ferrari simulator driver Davide Rigon took over from Felipe Massa for the afternoon, setting a time fractionally faster than the Brazilian to pip him to fifth place.

McLaren's Gary Paffett, who completed only six laps in the morning due to an engine problem, got more work done in the afternoon and ended up eight fastest, just ahead of Williams development driver Susie Wolff.

Daniil Kvyat, making his debut for Toro Rosso, completed on 22 laps of running before an off brought his afternoon to an end.

"Unfortunately, we lost some time when I made a mistake and ran into the gravel," he said. "I'm not sure what happened, I just felt a lack of grip at the rear from the tyres and had snap oversteer."

He ended up 11th fastest, just ahead of Charles Pic, who took the Caterham over from team-mate Giedo van der Garde in the afternoon.

Sauber debutant Kimya Sato was 13th fastest ahead of Marussia Rodolfo Gonzalez, whose running was curtailed by an off in the morning.

Jules Bianchi took over the car for the afternoon, but the Frenchman also had an early end to his day when he went off between Maggotts and Becketts as a result of a mechanical problem in the right-rear corner of the car.

The car was not heavily damaged, but with less than two hours remaining the Marussia team did not have time to get it back out again.