Vettel loses his 2nd place finish in the Hungarian GP after not having enough fuel in his car to provide a sample. 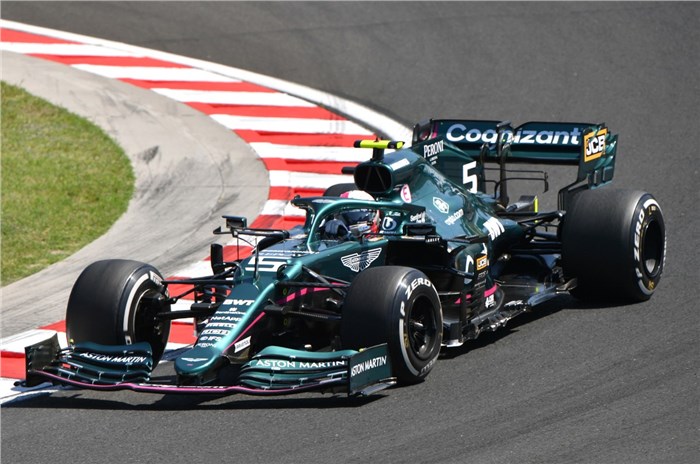 Sebastian Vettel has been disqualified from the 2021 Hungarian GP after failing to provide an adequate fuel sample after the race. The Aston Martin driver had completed the race (won by Esteban Ocon) in 2nd place, but this announcement promotes Lewis Hamilton to 2nd and Carlos Sainz to 3rd.

F1’s technical regulations require competitors to be able to provide a 1.0-litre sample of fuel at any time during an event. However, it turns out that it was only possible to extract 0.3-litres from Vettel’s car after the race. He has been disqualified from the race as a result.

The German driver had parked his car on the slowing down lap after being ordered to stop by Aston Martin. The team has since revealed that it suspects there was an issue with the lift pump. Vettel’s disqualification means that everyone who finished behind him now gains a place, with Hamilton promoted to 2nd and Sainz to 3rd.

In the past, both Vettel and Hamilton had been disqualified from qualifying sessions in 2012 for being unable to provide a sufficient fuel sample.

The stewards’ verdict stated that “the Stewards determine to apply the standard penalty for technical infringements. Therefore they took into account that it shall be no defence to claim that no performance advantage was obtained.”

This also has an implication on the drivers’ championship since Hamilton further extends his lead over Verstappen to eight points. Mercedes has also extended its lead in the constructors' championship to 12 points over Red Bull Racing.