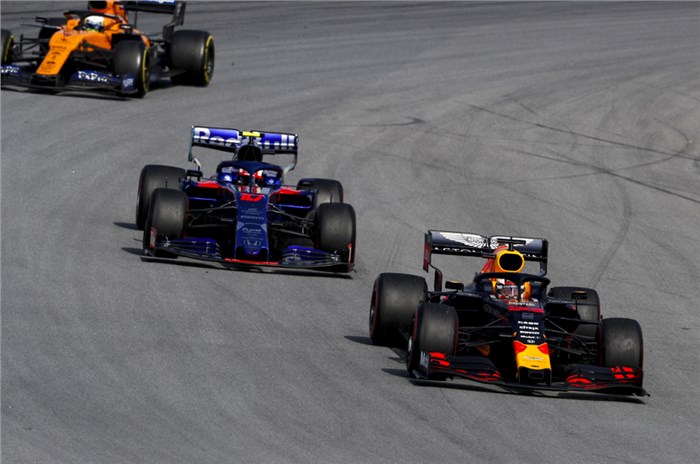 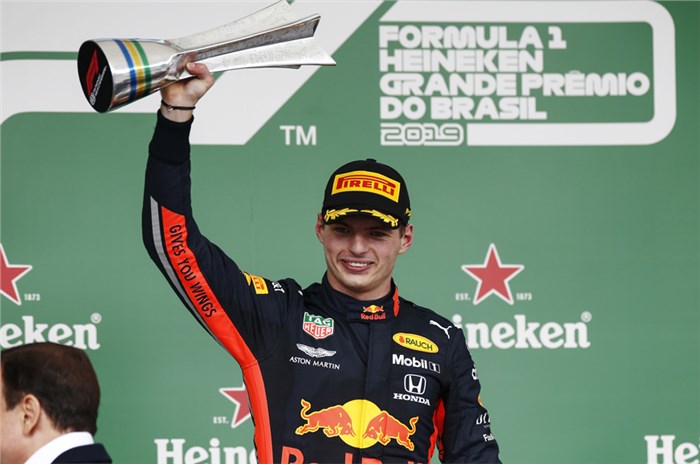 The 2019 Brazil GP served up quite the spectacle with strategy, battles and crashes all coming into play. After 71 laps, Max Verstappen was able to successfully convert his pole position into a race win. Pierre Gasly finished the race in 2nd place to secure his first-ever podium finish, while Carlos Sainz finished 3rd to complete the unexpected top three. Another major talking point of the race ended up being Ferrari’s double retirement as Sebastian Vettel and Charles Leclerc collided in the closing stages of the race.

The start saw Verstappen make a clean getaway, while Hamilton passed Vettel to move up to 2nd place. Behind them, Leclerc – who had to start from down in 14th place due to an engine penalty – kick-started a blistering attack through the grid, and was already up to 8th place by lap 5.

Hamilton was the first of the frontrunners to pit, attempting an undercut on lap 21, with Verstappen following suit one lap later. Despite the Red Bull crew pulling off a quick 1.9sec pit stop, Verstappen ended up losing time in the pit lane as Williams released Robert Kubica in the Red Bull driver’s path – an incident for which Kubica was hit with a 5sec time penalty. This dropped Verstappen to 2nd place, but he quickly got to work trying to catch up to Hamilton and on the next lap, he re-took the race lead into Turn 1.

Hamilton and Verstappen opted for soft tyres, thereby committing to a two-stop strategy; meanwhile, Vettel and Valtteri Bottas went for a different route by pitting for a pair of medium and hard tyres, respectively. However, neither drivers were able to pull off a single-stop strategy and had to pit again late. Bottas kicked-off the second round of pit stops on lap 41, followed by Hamilton on lap 44, Verstappen a lap later and Vettel on lap 50. After spending several laps trying to find a way past Leclerc, Bottas ultimately grinded to a halt, smoke billowing out the rear of his Mercedes. The incident triggered a safety car, bunching up the field.

While Verstappen pitted once again under the safety car, Hamilton slotted into the lead as Mercedes opted to keep him out. With Vettel having pitted just a few laps ago and Leclerc and Alexander Albon both pitting under the safety car, this meant Hamilton was the only one of the frontrunners on older tyres – the British driver even complained to his engineer that he was going to be a “sitting duck” at the restart. And Hamilton’s frustrations came true as Verstappen breezed past him into Turn 1. Meanwhile behind them, Albon passed Vettel to move up to 3rd place.

Verstappen spent the next few laps pulling away, but it was a tightly bunched-up field behind him. The race was then turned on its head on lap 66 as Ferrari’s race imploded. Leclerc passed Vettel for 4th place down the inside into Turn 1, but Vettel fought back on the run down to Turn 4, the duo making contact in the process. The incident left Leclerc with a broken front right wheel and Vettel with a right rear puncture, taking out both the drivers on the spot. With just a handful of laps to go, the safety car was brought out once again and Mercedes opted to pit Hamilton yet again, dropping him to 4th place. This left Verstappen in the lead, followed by Albon and Gasly.

By the time the safety car pulled in, there were just two laps left, making it a mad dash to the chequered flag. Hamilton immediately found a way past Gasly at the re-start, but his optimistic move on Albon for 2nd place resulted in him tagging the Red Bull, spinning Albon out. At the front, Verstappen safely crossed the finish line to secure his third win of 2019. Gasly took a spectacular 2nd-place finish – a redeeming moment after the French driver lost his Red Bull drive to Albon and was demoted to Toro Rosso earlier this year.

While Albon could only manage a 14th-place finish, Hamilton continued and crossed the line in 3rd place. However, after the race, the stewards determined that Hamilton was “predominantly at fault” for the collision and he was handed a 5sec penalty, dropping him to 7th place. This promoted Carlos Sainz to 3rd place, handing McLaren its first top-three finish since the 2014 Australian GP. A sensational drive saw the Spanish driver fight his way up the order after starting all the way down in 20th place.

The Alfa Romeo team also enjoyed a strong race, securing its best result of the year as Kimi Räikkönen and Antonio Giovinazzi finished 4th and 5th, respectively. They were followed by Daniel Ricciardo in 6th place ahead of Hamilton. Lando Norris, Sergio Pérez and Daniil Kvyat rounded up the top 10.