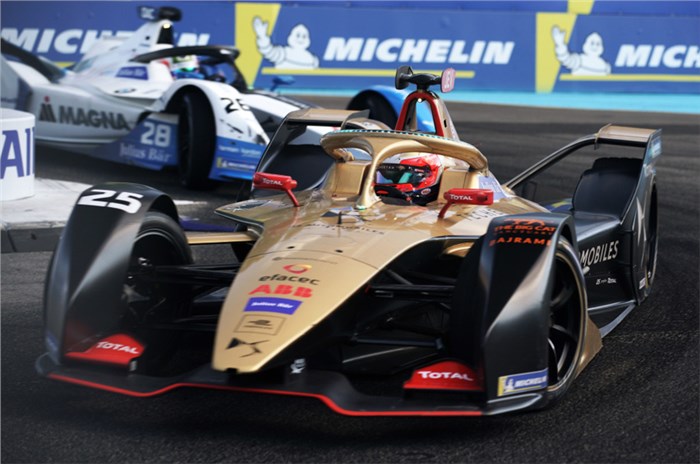 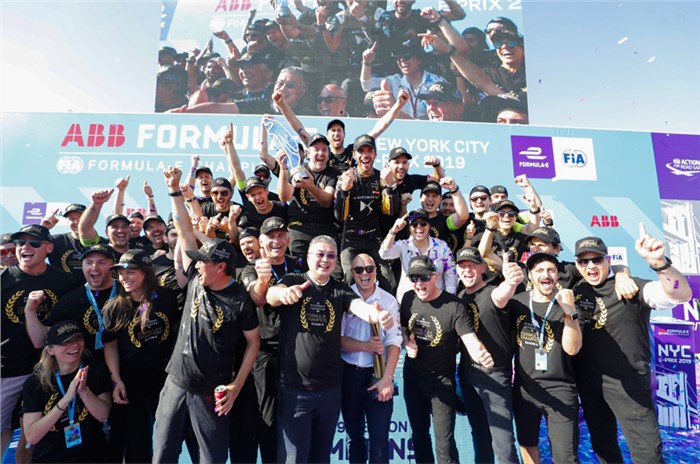 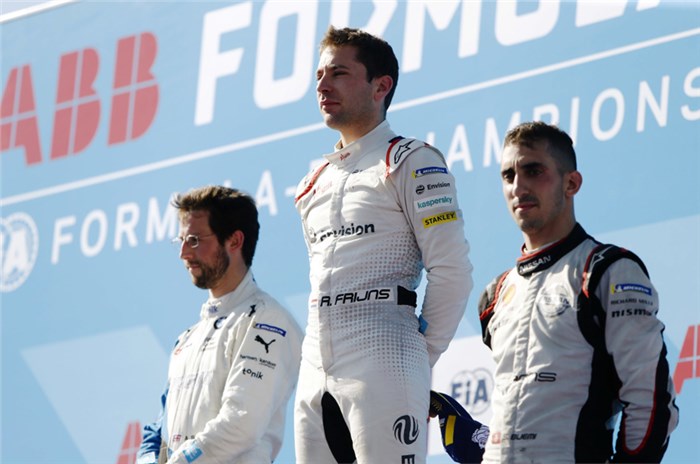 Jean-Éric Vergne was able to successfully defend his Formula E title after a 7th place finish at the season finale race in New York handed him enough points to win the 2018/19 drivers’ championship. Additionally, Vergne’s team DS Techeetah was also able to successfully secure the teams’ title. While Vergne and DS Techeetah were celebrating their title victory, Envision Virgin Racing had their own reason to celebrate, as Robin Frijns won the second New York E-Prix to score his second victory of the season.

The race started off on a dramatic note as José María López stopped on track just 5min into the race after colliding with André Lotterer. The incident brought out the safety car and Lotterer headed to the pits soon after, to retire – denying DS Techeetah a double points-finish. Once racing resumed, pole-sitter Alexander Sims remained firmly in control out at front. Behind him, Frijns was able to pass Sébastien Buemi to move up to 2nd place.

The top three then held position for the first half of the race; but with 20min to go, Frijns pulled off a race-winning move on Sims at Turn 1 to take the race lead. From then on, he started pulling away and ultimately won the race by a hefty margin of 3.2sec. Sims was able to fend off Buemi to clinch 2nd place, claiming his first Formula E podium finish.

Sam Bird secured 4th place, ahead of Daniel Abt and Oliver Rowland. With the title at stake, Vergne approached the race more cautiously and finished in 7th place, while Stoffel Vandoorne, António Félix da Costa and Gary Paffett wrapped up the top 10.

Mahindra Racing was unable to score any points in the race, with Jérôme d’Ambrosio and Pascal Wehrlein finishing 11th and 13th, respectively. This puts the Indian team at 6th place in the teams’ championship at the end of the season.