Shetty also set the course record for the event, which was held in Nashik for the first time. 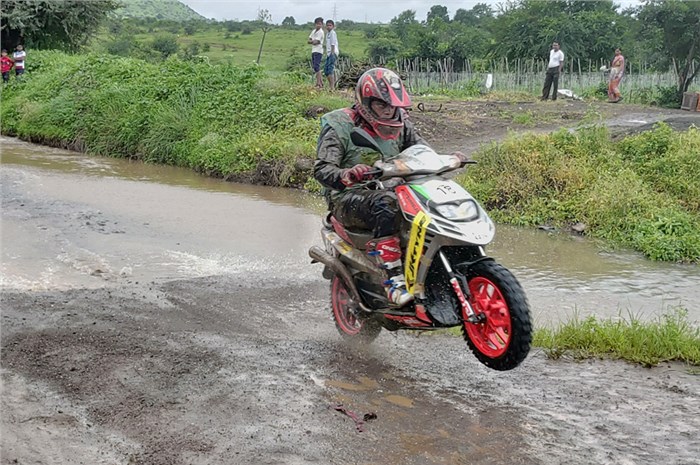 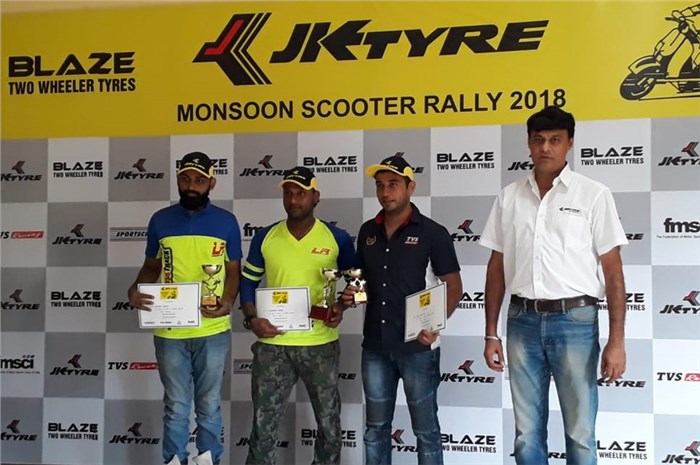 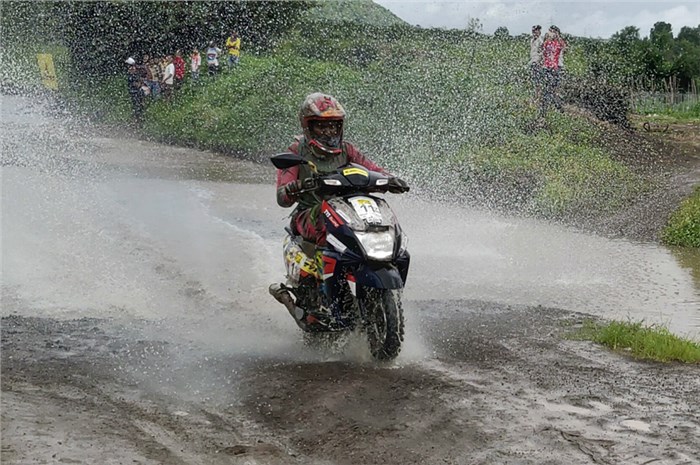 Venkatesh Shetty emerged victorious in the 29th edition of the Monsoon Scooter Rally. It was the first occasion that the scooter rally was held in Nashik and the new location didn’t disappoint competitors or crowds.

Although, there were only mild showers during the race, it had rained heavily a day earlier and there was enough slush to test the mettle of the riders. Competitors had to complete the 5km route thrice, which ran near the picturesque Sarul Village.

Mumbai rider Zeeshan Sayed claimed second place, while TVS Racing’s Syed Asif Ali took third. Shamim Khan of TVS Racing was having a good run but faced mechanical issues in the last round, which put him out of podium contention.

In the 2 stroke category (Group B), Rohan Thakur claimed victory, while Manjit Singh Bassan won the geared scooter up to 160cc category. In the ladies class, Amruta Guruji emerged victorious and she was followed by Priyanka Singh, both of them were riding the Honda Activa.

The 2018 Monsoon Scooter Rally saw 34 riders from different parts of the country, including Mumbai, Pune, Bhopal, Vadodara, Raigad, Panvel and Nashik competing in the event.