It was very different to winter testing and a lot tougher on the tyres, says the German after the opening practice sessions at Spanish GP. 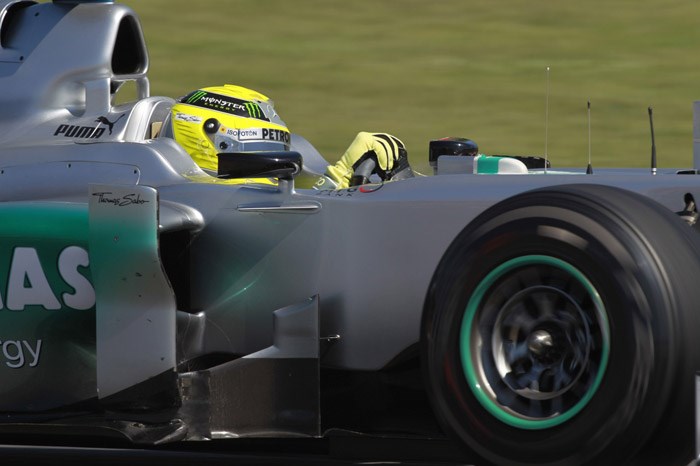 Nico Rosberg has admitted that tyre degradation is worse today than it was during pre-season testing after what he and team-mate Michael Schumacher both described as a "challenging" day for Mercedes.

Rosberg ended the day third fastest, 0.372 seconds off pacesetter Jenson Button, but underlined that tyre management will be the deciding factor in Sunday's race.

"It was very different to winter testing and a lot tougher on the tyres," said Rosberg after practice. "It has been a very challenging day first of all to see how to get the car right for qualifying and especially how to get it right for the race.

"I don't know where we are on tyre wear. We will have to look through the data now. Tyre management is going to be crucial here."

Schumacher has criticised the Pirelli rubber in recent week and sees tyres as the main challenge faced by the team.

He ended the day eighth fastest, setting a best time 0.681s off the pace but emphasised that his main focus was on race pace rather than qualifying speed.

"That's a challenge," he said of tyre degradation. "We have to find out more and analyse it too see what we did compared to the other guys.

"We have four of them [tyres] each time we go out and it's the same for everybody."