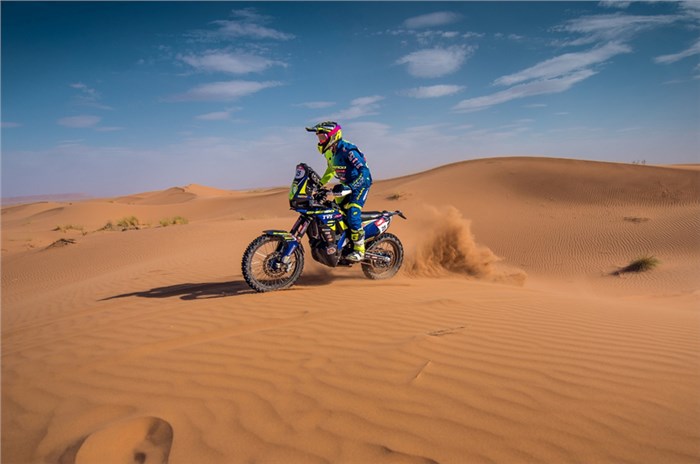 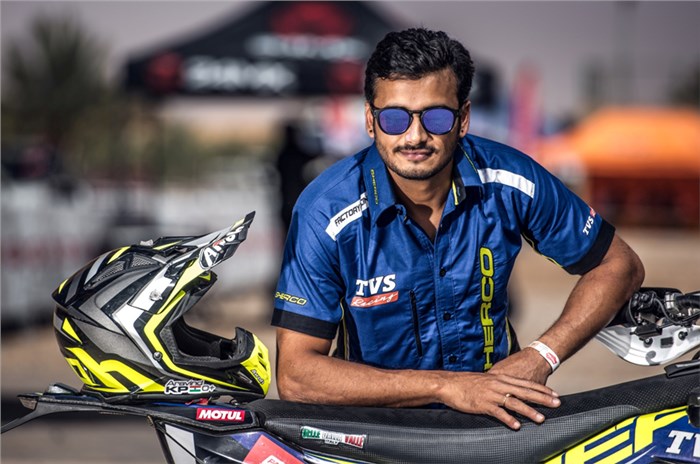 The Sherco TVS Factory Rally Team has announced that Aravind KP will complete its line-up for the 2019 Dakar Rally.

The team had earlier confirmed Adrien and Michael Metge, along with Enduro champion Lorenzo Santolino as part of its Dakar 2019 rider line-up, with Aravind KP’s name provisionally added to the list, subject to him passing a required fitness test. The Indian rider had sustained injuries after crashing out of the 2018 PanAfrica Rally, but TVS has revealed that he has recovered completely and has been training in Spain for the past few weeks.

This will mark Aravind KP’s third Dakar outing, and he will be riding the Dakar-spec RTR 450 Rally motorcycle.

“Dakar is the ultimate challenge for any racer and I am glad to be a part of it for the third consecutive time,” he said.

“The past 10 months have been a journey of ups and downs but I have focused on my fitness and recovery to ensure I am ready for Dakar.  The next one month will be crucial to my preparation and I will be going to Morocco to train with my teammates. Both Michael and Adrien have been extremely supportive during my recovery time and have kept me motivated along with my TVS Racing family. Conquering Dakar 2019 is my single, focused goal for now and I am determined more than ever to finish the Rally.”

The 41st edition of the Dakar Rally – slated to be held from January 6-17, 2019 – will mark the first time that the event will be held in just one country. The rally will comprise of 10 stages in Peru, with the racers starting from Lima, cruising through terrains of Pisco, San Juan de Marcona, Arequipa and Moquegua, covering a total distance of over 5,000km.