The Japanese manufacturer's highly-anticipated return to endurance racing in 2012 will be with two TS030 hybrid LMP1s. 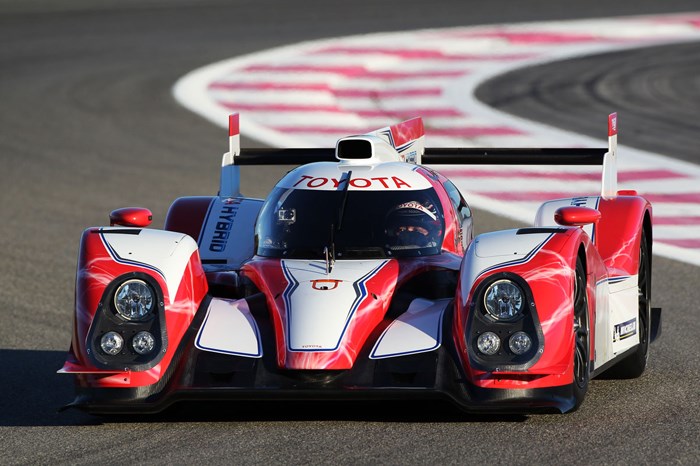 Toyota has expanded its attack on this year's Le Mans 24 Hours from one to two cars, the manufacturer announced at the launch of its 2012 LMP1 car on Tuesday.

The Japanese squad made the announcement of its revised programme as it unveiled the petrol-electric LMP1 hybrid at Paul Ricard in France. Toyota stated that it could also run two of the cars, to be known as TS030 HYBRIDs, in additional rounds of the new FIA World Endurance Championship.

No drivers have been confirmed for the second Le Mans entry, but Toyota Super GT and Formula Nippon driver Hiroaki Ishiura is a candidate after testing the new coupe at Ricard earlier this month.

Toyota said the first TS030 completed several hundred kilometres at Ricard during a three-day shakedown on January 11-13, which included running at night. Alex Wurz and Nicolas Lapierre, who will share the lead entry with Kazuki Nakajima, undertook the driving along with Ishiura.

TMG technical director Pascal Vasselon said: "The two main performance drivers of our car are the aerodynamics and the hybrid system. The development team at TMG has worked very hard to achieve an optimum aero concept based on windtunnel testing and CFD.

"Judging by the positive feedback we received during the roll-out, we have a very good base on which to build in the coming weeks."

It was also confirmed that the TS030 will make its race debut in round two of the WEC at Spa on May 5 in the hands of the Cologne-based Toyota Motorsport GmbH squad, which has developed the new chassis. The team's participation in further WEC rounds will be confirmed soon.

The TS030's powertrain is based around an all-new 3.4-litre normally-aspirated V8, not the Super GT-based powerplant used in the Rebellion Racing Lolas last year, and uses super-capacitors instead of batteries to store energy from its regenerative braking system.

Toyota is evaluating retrieving energy from either the front and or rear axle and will make a decision on what route to take in the near future.