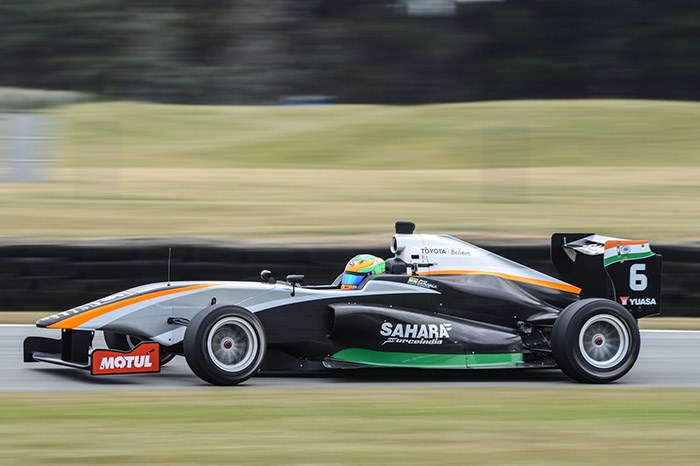 Force India protege Jehan Daruvala picked up his third victory in the 2016 Toyota Racing Series, going from fourth to first in a four-way battle on the restart to steal the win at Taupo.

Devlin DeFrancesco’s eighth place in Race 1 gave him reverse-grid pole position for Sunday's first race, but the Canadian's bid was over almost instantaneously – as he dropped behind Brendon Leitch off the line and subsequently slipped to the back of the field.

As Leitch took over out front, Daruvala settled into second, but was deposed by Ferrari junior Zhou on lap three.

By that point, Leitch was firmly in the lead with a three second advantage, but four laps later, the race was neutralised with a safety car for Rodrigo Baptista spinning off and coming to a halt.

The race got back underway with six laps remaining and Daruvala, running in fourth place behind Norris, subsequently sneaked past the trio ahead to take a surprise lead.

The Indian then proceeded to pull away from his chasers and was handed the win when a red flag soon after ended the race prematurely.