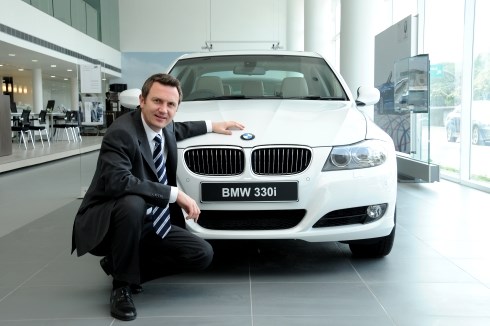 Scuderia Toro Rosso became the latest team to unveil its 2010 challenger on Monday, as the Faenza-based team's STR5 was shown for the first time. The new car is the first machine that Toro Rosso has had to produce itself, following the effective ban on customer cars in F1.

"2010 is a landmark year for Scuderia Toro Rosso as the new regulations demand that we go it alone in terms of designing and building our car in-house," said team boss Franz Tost. "After four years of working in collaboration with Red Bull Technology, the TR5 is the first car that is one hundred percent down to our own endeavours.”

"Making predictions for the coming season is a dangerous trap, but if pushed, I would say we must aim to finish in the top eight in the Constructors' Championship, while giving our young drivers everything they need to improve, as well as optimising our infrastructure in order to be as competitive as possible in 2010 and beyond."

Sebastien Buemi is due to give the new Toro Rosso its first laps today, when the first official pre-season F1 test kicks off at Valencia. The Swiss driver will again be partnered by Spaniard Jaime Alguersuari.

Although conservative in its philosophy, the car features a fully-optimised double diffuser - with the team having had to incorporate the concept into last year's STR4 mid-season following the FIA decision that the designs were legal.