Red Bull protegees Daniel Ricciardo and Jean-Eric Vergne have been retained for their second full seasons. 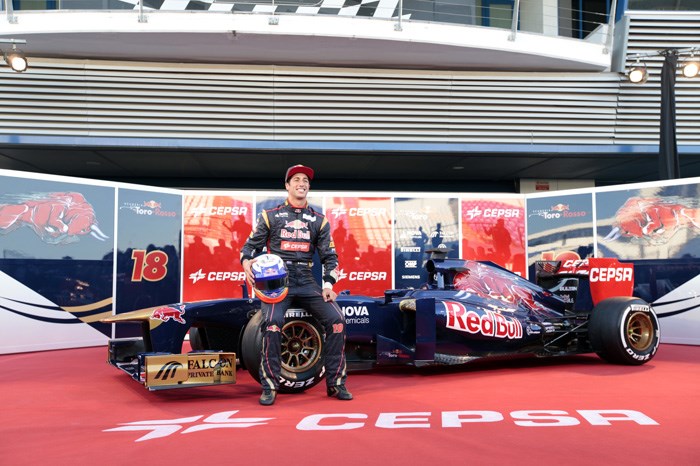 Toro Rosso has revealed its 2013 Formula 1 challenger, the STR8, on the eve of this year's first pre-season test at Jerez.

The Italian squad was a distant ninth in last year's constructors' championship, although it did finish the year strongly with six points finishes in the final nine races.

Red Bull protegees Daniel Ricciardo and Jean-Eric Vergne have been retained for their second full seasons.

"It's very emotional," said team boss Franz Tost. "The team has worked with a very high level of effort to come up with a great car and met the high expectations for this year.

"The goal is to finish sixth in the constructors' championship. The STR8 is the first car under James Key and Luca Furbatto.

"Both drivers did a really good job last year, and I'm convinced if we supply them with a good car they'll come up with surprise results."

The team has made changes behind the scenes, with former Sauber technical chief James Key arriving in September - a move team principal Franz Tost believes will usher in a 'new chapter' in the team's history.

For the seventh straight year the team will be powered by Ferrari engines.