Third-straight pole for Hamilton at Shanghai

Hamilton had been strong favourite for pole after topping all three practice sessions and Q2. 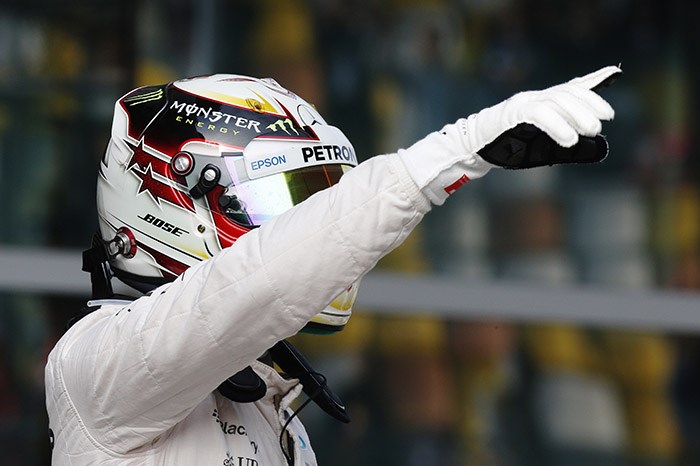 Lewis Hamilton fended off Mercedes Formula 1 team-mate Nico Rosberg by less than half a tenth of a second to take Chinese Grand Prix pole at Shanghai, maintaining his perfect qualifying record in 2015.

Hamilton had been strong favourite for pole after topping all three practice sessions and Q2.

A 1m35.782s on his first Q3 run emphasised that status, with Rosberg three tenths adrift at that point.

But it became closer in the final battle, with Hamilton unable to improve and Rosberg closing to within 0.042s.

That denied the resurgent Williams of Felipe Massa and Valtteri Bottas, which were top-three contenders but ultimately found themselves three tenths and half a second down on Vettel respectively.

They still beat the second Ferrari of Kimi Raikkonen, who was sixth ahead of Red Bull's Daniel Ricciardo.

Romain Grosjean was eighth for Lotus, while his team-mate Pastor Maldonado missed out on Q3 by just 0.007s and will start 11th.

Sauber was the midfield underdog starring in Q3 this time, securing the fifth row places with Felipe Nasr and Marcus Ericsson.

By contrast the Toro Rossos were left out in Q2. Max Verstappen, who locked up heavily on his last run, and Carlos Sainz Jr share row seven.

They were at least within a tenth of the Force Indias. Nico Hulkenberg only got ahead of Button with a final Q1 effort, while Sergio Perez scraped through into Q2 then languished seven tenths off the Toro Rossos.

The Manor-run Marussias were 3s off the tail of the field but made the 107 per cent target in Q1 so are both clear to start the race, Will Stevens ahead of Roberto Merhi.