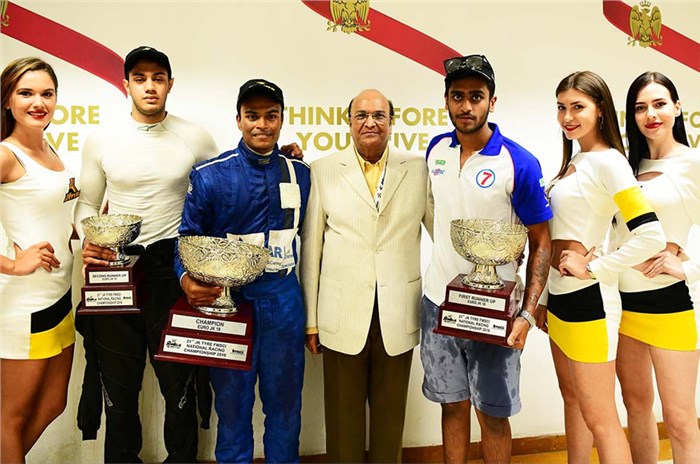 Karthik Tharani clinched the 2018 Euro JK title, with victory in the final round of the JK Tyres National Racing Championship at the Buddh circuit after title rival Nayan Chatterjee crashed out.

The pair had gone into Sunday afternoon’s finale dead level on points, after Chatterjee beat Tharani to victory in the first race held in the morning.

Their one-two finish meant they lined up fifth and sixth under reverse grid rules, with Tharani ahead, setting up the mouth-watering prospect of the two title contenders having to fight their way up through the field.

But any hopes of a titanic duel were dashed as early as the second lap after Manav Sharma misjudged his braking point and ploughed into the back of Chatterjee’s car while the two were battling for position.

Both were out on the spot, leaving Tharani to cruise to a comfortable victory a little over two seconds clear of Yash Aradhya and Brayan Perera.

Ashwin Datta, who had led the standings all year, ended up third in the final championship reckoning.