Each of the seven tonne behemoths will be piloted by a pool of selected international truck racing drivers. 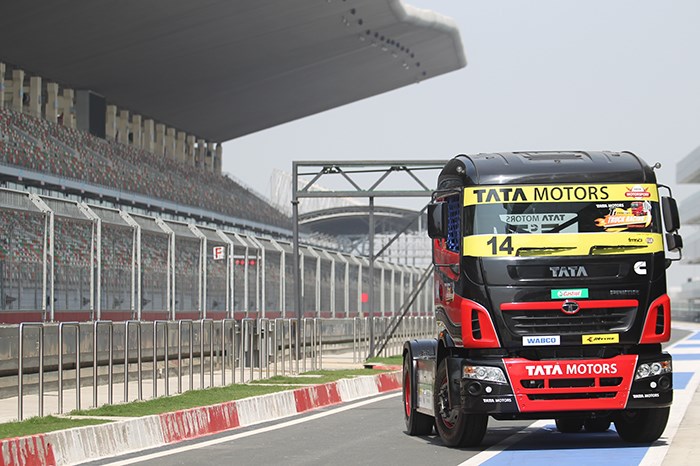 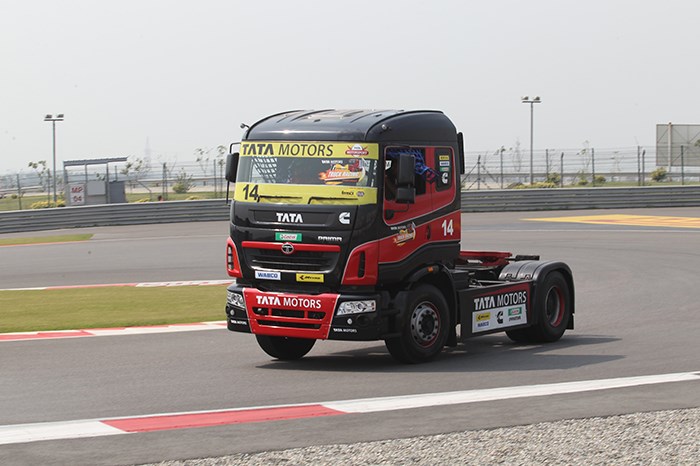 A newly created 2.1-km ‘short loop’ at Buddh Circuit will be used for the races, with the average lap time expected to be in the region of 2 minutes, 10 seconds, which translates to an average speed of around 60 kmph with a top whack of around 110 kmph.

The specifically created layout retains the opening four corners of the original layout, followed by a short 180-degree bend which bypasses the rest of the track and joins back at the final corner.

Several safety features mandated for motorsport use have been incorporated on the Prima racing trucks, most significant being a smaller, 90-litre fuel tank mounted on the chassis behind the driver’s cabin to lower the centre of gravity. Brakes have been equipped with water cooling to dissipate heat while JK Tyres has supplied racing-spec tubeless tyres. Other standard safety equipment includes a roll cage, fire extinguisher and race-spec seats and harnesses amongst others.

Despite the novelty of the concept in India, Tata Motors is hoping to use the event to test and develop new technologies for its future models while marketing its world truck at the same time. However, with severely restricted performance on tap along and lack of an Indian face on the grid, the potential for racing spectacle seems limited at this point.

Hopefully the short track layout with tight corners will encourage close racing and keep the drivers as well as the crowd engaged over the course of the first-ever truck racing weekend in the country.