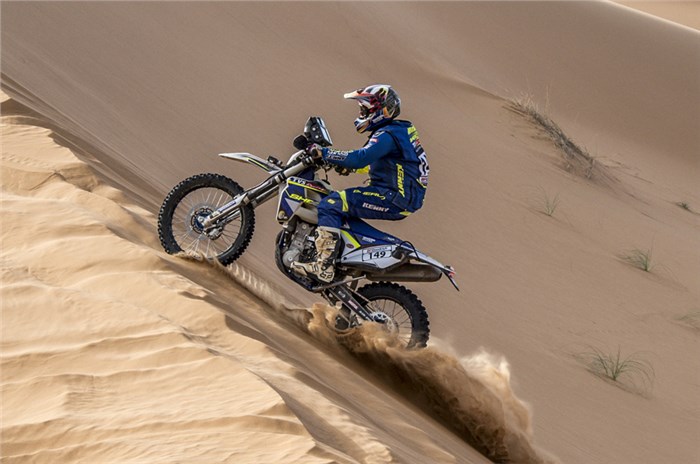 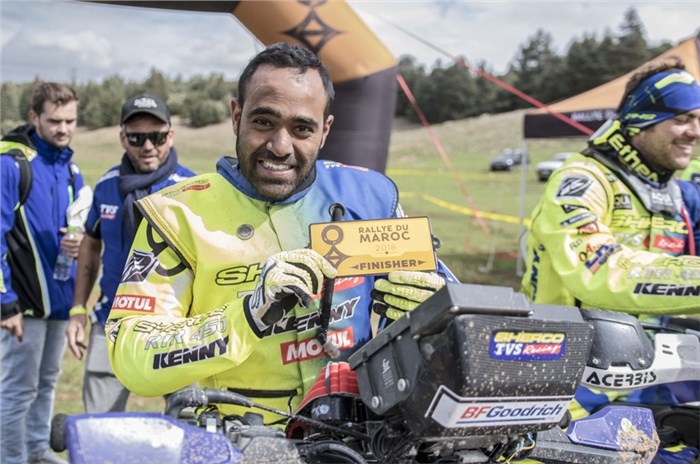 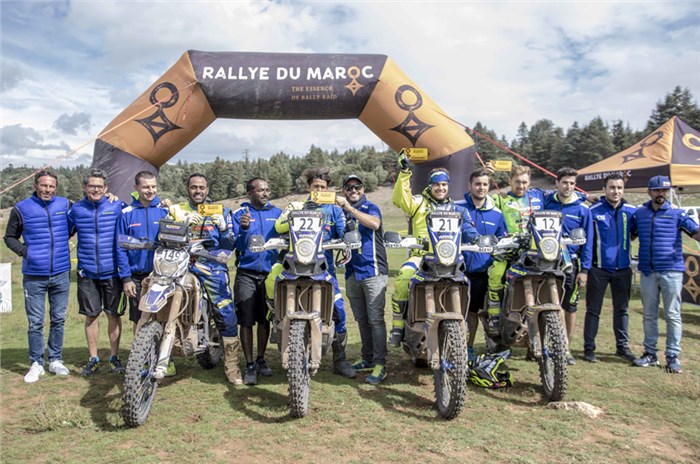 The Sherco TVS Rally Factory Team enjoyed a rather successful 2018 edition of the Rally of Morocco, with all four of its riders making it to the finish.

Abdul W. Tanveer bagged the second place overall in the Enduro Moto category. He dominated most of the stages over the six-day event and would’ve clinched victory too, but had to settle for second place after receiving a time penalty for missing a waypoint.

“I am thrilled to finish my debut Rally of Morocco in the second position. The Rally was quite difficult and I have learned a lot of navigational tricks in the stages. This win was very crucial for me and my team and I am glad that I could make my team proud. I would like to thank my technical team for keeping my bike at its best, my fellow racers for being such a support and Sherco TVS team for believing in me and giving me such a great learning platform,” said Tanveer.

In the FIM Moto Bike-Quad category, Harith Noah overcame a knee injury and mechanical issues on his debut international rally to finish 27th overall. Adrien Metge and Lorenzo Santolino put up strong performances but were handed time penalties after Metge damaged his bike following a heavy crash and Santolino’s suffered mechanical problems. They ultimately had to settle for P29 and P31, respectively.

KTM’s Toby Price won the rally in the FIM Moto Bike-Quad category and was joined on the podium by Matthias Walkner in second place and Ricky Brabec in third.

Commenting on the team’s experience at the 2018 Rally of Morocco, David Casteu, Team Manager, Sherco TVS Rally Factory Team said: “I am happy that all our racers could finish the Rally despite the route being quite challenging and intense. Tanveer has made us proud, he has shown tremendous strength and great performance in the last five days; keeping his bike in its best form.

“Adrien and Lorenzo had a good start but slipped down on a couple of points in the later stages, I am glad that they are putting good use of their learning’s on the track. For Harith, it was a great learning experience and I am so glad that he could finish his first International Rally. I want to truly thank my technical team and all my racers for making it a success.”