The British driver triumphed despite having hit the pit lane limiter through the final corner. 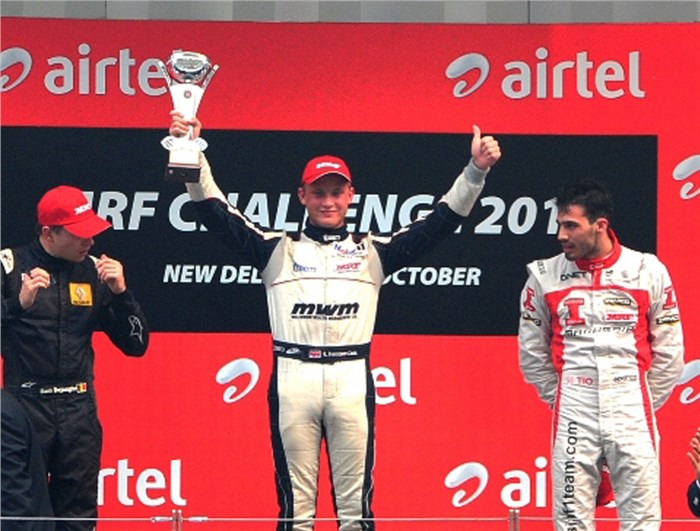 British driver Rupert Svendsen-Cook won race two of the MRF Challenge 2013 at the Buddh International Circuit (BIC) in Greater Noida even after accidently hitting the pit lane limiter in the final corner on the last lap. Sam Dejonghe took his first podium of the season as he fended off a charging Tio Ellinas to finish in second place.

The only Indian to finish the race was Vikash Anand in 11th while Ashwin Sundar and Parth Ghorpade retired, with the former having run in the top ten early on in the race.