Sutil to test for Force India at Barcelona

The team announced that Sutil will get behind the wheel of the VJM06 on day three of the Barcelona test. 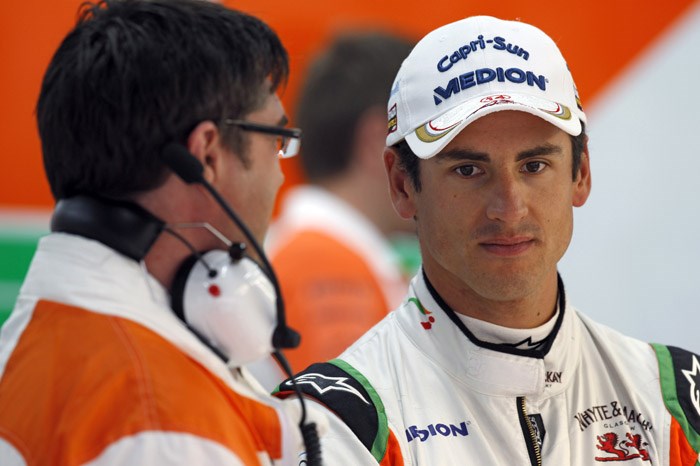 Adrian Sutil will drive for Force India at this week's Barcelona Formula 1 test, as he vies with Jules Bianchi for the second race seat.

The 30-year-old German had a seat-fitting with the Silverstone-based squad last week, although Force India insisted at the time that it was only a 'possibility' that he would form part of the line-up in Spain.

On Monday, the team announced that Sutil will get behind the wheel of the VJM06 on Thursday, the third day of the test.

Confirmed 2013 racer Paul di Resta will conduct driving duties on Tuesday and Wednesday while last year's tester Bianchi will take over from Sutil on Friday.

Sutil has 90 world championship grand prix starts to his name; 73 in Force India machinery and the rest for the same team under its former guise as Spyker.