Williams has announced Wolff is continuing as its 'development driver' and will make her GP weekend debut at British GP. 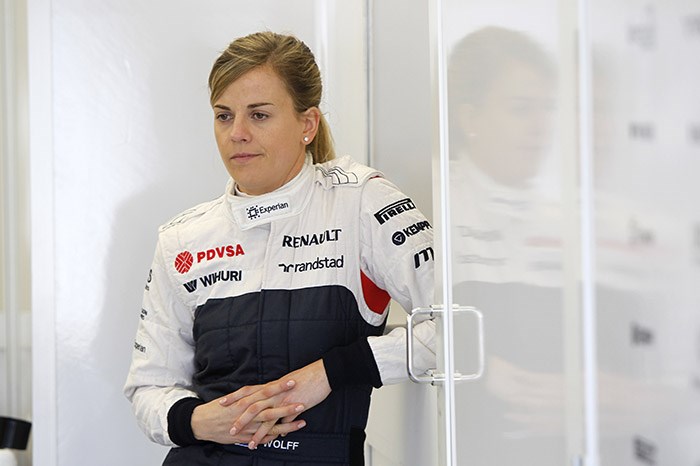 Susie Wolff is set to make her Formula 1 race weekend debut during Friday morning practice at the British Grand Prix.

Williams has announced Wolff is continuing as its 'development driver' alongside new test and reserve driver Felipe Nasr.

The team confirmed Wolff will be given track time during two Friday practice sessions this year and they are likely to be at Silverstone and the German GP at Hockenheim.

She will also be given a day of running from the available eight in-season test days.

The former DTM racer has already tested for Williams several times, running in last year's young driver test at Silverstone and completing a programme in a 2011 FW33 at the same circuit in October 2012 as well as appearing in straightline testing.

"I'm grateful for the support and belief Williams continue to show in me and 2014 promises to be a very important milestone in my career," said Wolff.

"My responsibilities within the team have steadily increased as I have proved myself, culminating in the opportunity to test the car at Silverstone and conduct straight line aero tests last season.

"Competing in two FP1 sessions, alongside an additional full test day this season will be a big step and I am looking forward to the opportunity to get behind the wheel of the FW36 on a grand prix weekend.

"It's a challenge that I will relish and it will be a great chance for me to continue assisting the team."

"Susie has become a valued member of our driver line-up and 2014 will see her take on more responsibilities as we seek to make a strong step forward in performance.

"Susie has demonstrated a natural talent for developing a car and providing strong feedback and these sort of characteristics will be key this season as teams seek to quickly understand and refine the radically overhauled 2014 cars."

The last female driver to run in an official F1 session during a grand prix weekend was Giovanna Amati, who failed to qualify her uncompetitive Brabham-Judd BT60B for the 1992 Brazilian Grand Prix.