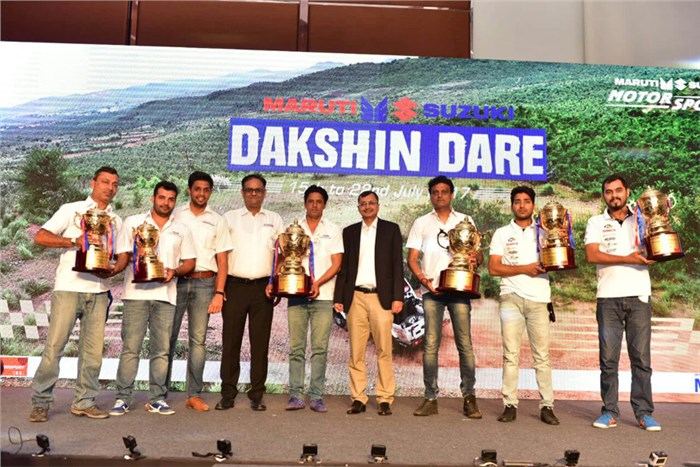 This year’s event saw over 180 participants cover nearly 2,000km, making their way through Chitradurga and Belgaum in South India before finally entering Maharashtra for the first time through Kolhapur and hitting the finish line in Pune.

Rana and Naik were followed by Samrat Yadav and S N Nizami in second place, with Sandeep Sharma and Karan Arya grabbing third place in the Ultimate Cars category. Meanwhile, in the Ultimate Bikes category, Abdul Wahid and Sanjay Kumar finished in second and third, respectively.

The Endurance category was won by Subir Roy and Nirav Mehta who were driving a Maruti Swift. They were followed by Karthick Maruthi and Sankar S Anand in second, and Raghu Nandan and Prakash M in third.

“Over the last nine years, Dakshin Dare has grown tremendously and been able to gain a strong foothold in the motorsports community in South India. The increasing number of participation from across the country along with the longest rally route are testimonials to those claims. The large participation is indicative of our reach, and influencing a larger audience through varied locations added to the rally each year,” commented Tarun Garg, executive vice president – marketing, Maruti Suzuki India Ltd.