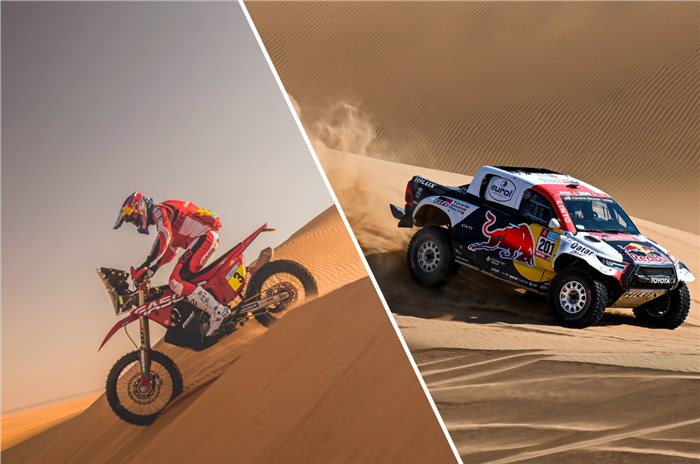 Sam Sunderland and Nasser Al-Attiyah have emerged as the winners of the 2022 Dakar Rally in the bikes and cars category, respectively.

This year’s edition has wrapped up after two weeks of gruelling racing in the deserts of Saudi Arabia. The new route heavily features vast spreads of dunes, and the added surprise of rainfall early on made things even trickier for the competitors and organisers. 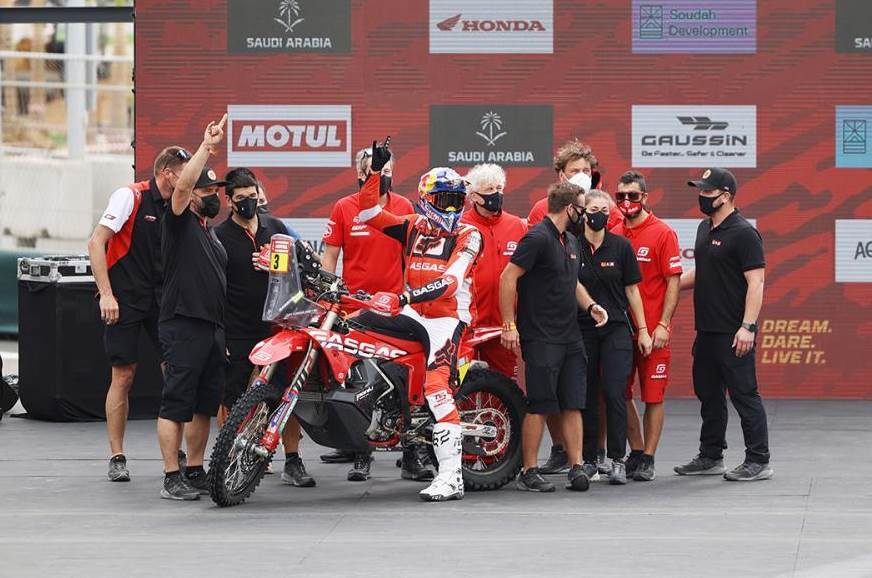 It was a tight battle in the Bikes category, with several riders taking the lead at different stages. GasGas rider Sam Sunderland had moved back into the lead after the penultimate stage, and he held on in the relatively short final stage to clinch his second Dakar title. He’d previously won the event in 2017.

Sunderland won with an advantage of 3mins 27secs over Honda’s Pablo Quintanilla, while KTM’s Matthias Walkner finished 6mins 47secs off the lead, in third place. The victory is especially sweet for GasGas, with the squad scoring their first Dakar win. With this, the KTM Group also dethrones Honda after two years.

“Honestly, this last stage was so difficult and [there was] so much stress – a lot of navigation, a lot of tricky notes. A few times it was a bit confusing and [I was not] sure I was going the right way” Sunderland said.

“All of these moments along the way, the harder times that you have, it just makes the feeling more great,” he added.

Representing the Indian contingent, both Hero MotoSports riders finished in the top 20. Joaquim Rodrigues led the charge for the team, even picking up their first-ever Dakar stage win on Stage 3 and a podium finish in Stage 11. On the back of these strong results, he finished 14th overall. His teammate Aaron Mare, who was drafted in at the last moment to replace an injured Franco Caimi, displayed impressive consistency. He finished 16th overall.

Harith Noah retired on Stage 10, but was allowed to return under the experience class, albeit with a heavy penalty putting him out of contention. He made a strong comeback to finish the final two stages in 18th and 23rd place, respectively. 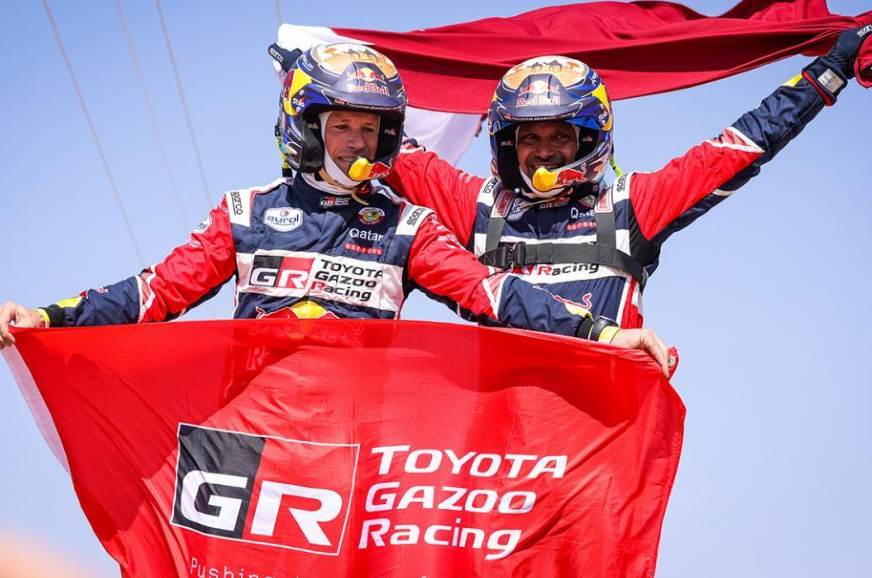 Nasser Al-Attiyah dominated proceedings in the Cars category, along with co-driver Matthieu Baumel. Driving a Toyota GR DKR Hilux T1+, he led this year’s Dakar throughout, never once relinquishing the lead. While he only won two of the 12 stages, it was his consistency that won him his fourth Dakar title.

His closest rival, Sebastien Loeb, finished 27mins 46secs behind in second place for the Bahrain Raid Xtreme team. Despite winning two stages himself, the nine-time WRC champion never quite recovered the significant chunk of time he lost in Stage 3. The final podium spot was taken by Overdrive Toyota’s Yazeed Al Rajhi.

Audi will also be considering their maiden Dakar outing a success, recovering from early troubles to score four stage wins. The manufacturer entered the radical RS Q e-tron in the new T1 Ultimate class. The electric prototype uses three electric motors, with a DTM-sourced petrol engine serving as a power source to charge the batteries. 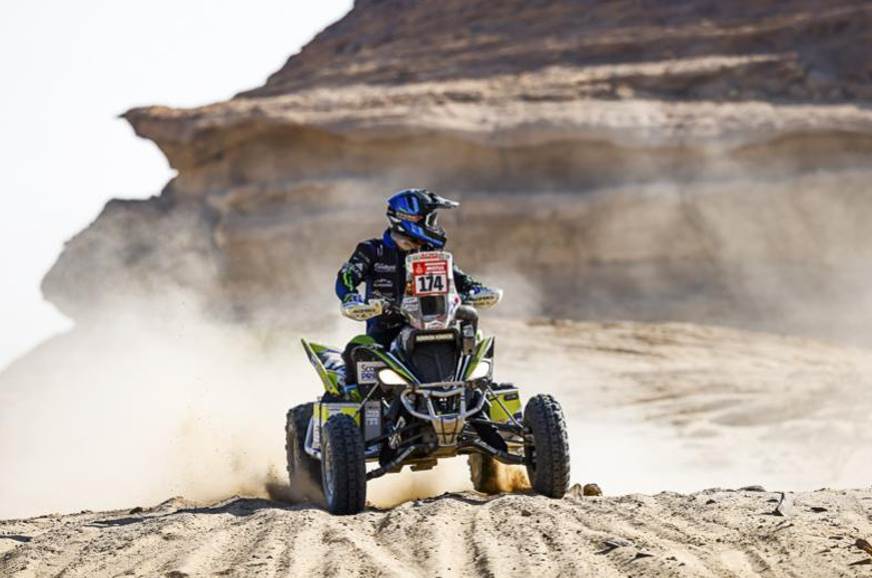 Over in the Quads category, Yamaha Racing SMX’s Alexandre Giroud simply needed to complete the final stage to claim his first title, which he did successfully. He is the first French winner in the category.

Rookie Francisco Moreno finished well over two hours behind to take second place overall. He wrapped up the 2022 edition in top form with a stage win. 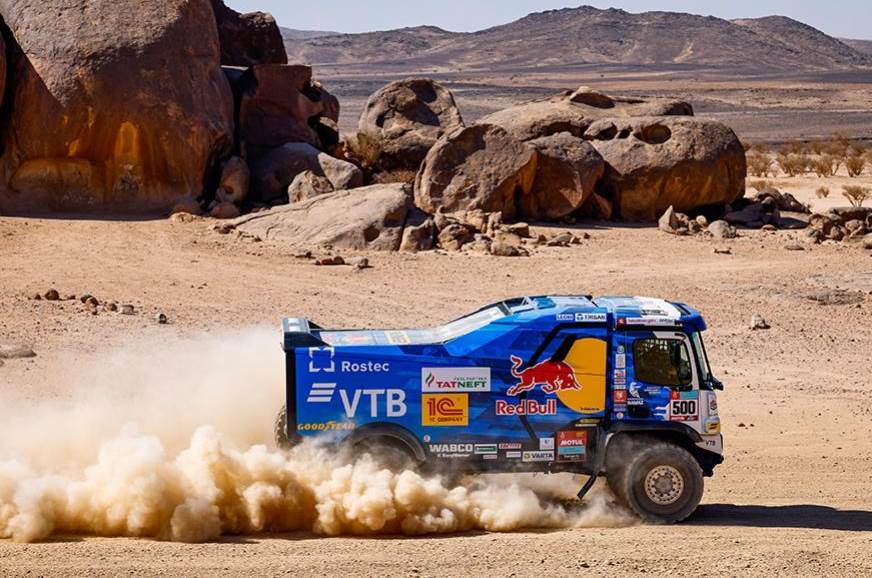 Kamaz – Master once again dominated in the Trucks category, with another clean sweep of the top positions. The crew of Dmitry Sotnikov, Ruslan Akhmadeev and Ilgiz Akhmetzianov clinched victory for the second year running. 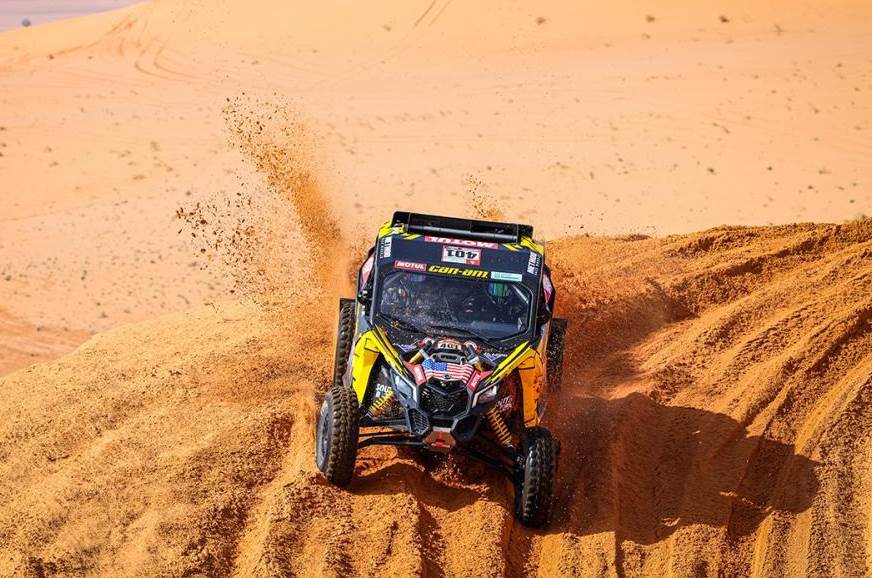 Francisco Lopez Contardo (co-driver Juan Pablo Latrach Vinagre) didn’t win any stages this year, but his consistency allowed him to cement his lead in the Lightweight Prototype category bit by bit. This is the EKS – South Racing driver’s third Dakar title.