Driving for Team Castrol Vecton, the Briton sealed his win after an intense battle in an exhilarating wet weather race. 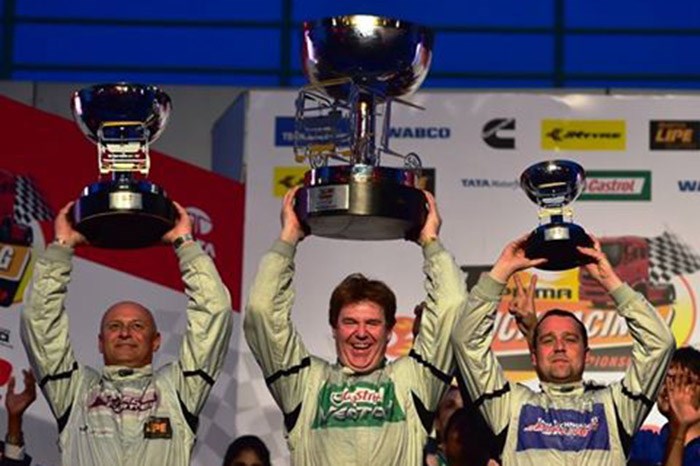 With a packed main grandstand, the drivers put on a great show with the drivers having to contend with a soaking wet circuit thanks to a bout of unseasonal rain.

Starting second on the grid, Oliver was made to work hard for the victory with poleman Steve Thomas of Team Allied Partners refusing to let his fellow Briton cruise to the chequered flag. The two swapped plenty of paint and positions several times, and eventually Oliver managed to hold on and win by a meagre 0.7 seconds.

Steven Powell of Team Tata Technologies finished a close third and there was action all throughout the 12-truck field, with several drivers spinning out in treacherous conditions. Paul McCumisky of Team Dealer Daredevils was one of the victims, careening into the barriers after contact with another truck.