Stroll-led backers to bring Force India out of administration

The new investors will take over the team’s ownership from Vijay Mallya, Subrata Roy and the Mol family. 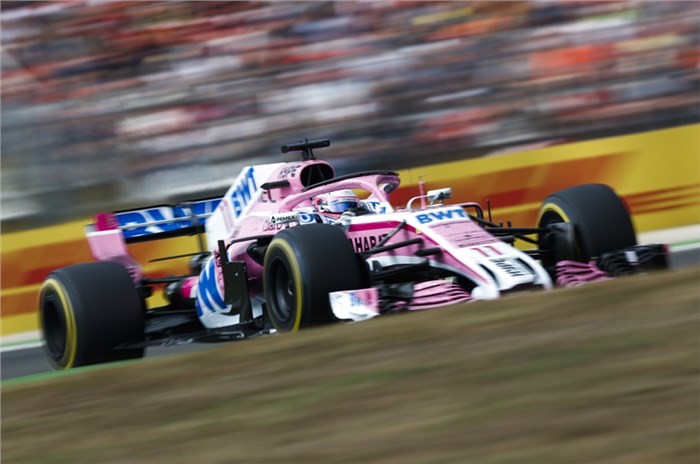 A consortium of investors led by Lawrence Stroll – the father of current Williams Formula 1 driver Lance Stroll – have accepted a deal to bring the Force India Formula 1 team out of administration.

The deal will return the team to solvency, which means that creditors will be paid in full, all 405 jobs at the team have been saved and ongoing funding has been guaranteed.

The Force India team had entered administration just before the 2018 Hungarian GP, following a hearing at the High Court in London. The process in effect allowed the team to carry on operating while a deal was concluded with a potential new owner.

"This outcome secures the future of the Force India team in Formula 1 and will allow our team of racers to compete to our full potential," said Otmar Szafnauer, Force India's chief operations officer.

"I am delighted that we have the support of a consortium of investors who believe in us as a team and who see the considerable business potential that Force India has within F1 now and in the future.”

Stroll had been linked with investing in Force India for some time and its need for a new owner presented an opportunity to become more directly involved. Several other parties had expressed interest, including two US consortiums and a British firm.

Now that a bid has been accepted, the administrator will look to confirm finer details, including finalising the agreement to buy the team and agree on details like transferring the contract to use Mercedes engines to the new company.

The team has owed money to several creditors, notably Mercedes and driver Sergio Perez, who used the money he was owed to trigger the action that led to it being put into administration at the request of senior members of the team.

Force India needs the change of ownership to be completed so it can commission suppliers to produce upgraded parts, which will be crucial in the team’s championship battle. The team currently stands sixth in the constructors' championship – seven points behind Haas.