The two-time MotoGP World Champion Australian will retire from MotoGP at the end of the 2012 season. 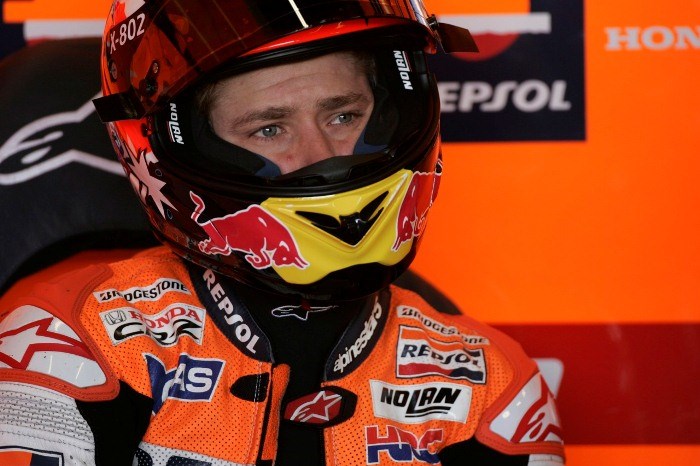 Casey Stoner has announced he will retire from MotoGP at the end of the 2012 season.

The news comes after the the Australian, a two-time MotoGP champion, had denied speculation about his exit from the sport in the previous race.

"Everyone seems quite good at stories and making them up," said Stoner at Estoril earlier this month. "I've said many times in the past that my career's not going to go on much longer, I'm not going to keep going and riding until I'm in my 30s and things like this.

"For me at the moment, I haven't decided what I'm going to be doing, and certainly no one else is going to know what I'm doing."

He confirmed at Le Mans on Thursday however, that this will be his last season in MotoGP.

"For two years I thought about this. I have spoken at length with my family and I finally made the decision to retire at the end of 2012," the Australian said.

"There are many things in this environment and this life that were not compatible with me, that I did not like."

The 26-year-old from New South Wales had made his MotoGP debut in 2006, after finishing runner-up in the 250cc championship the previous year.

He moved to Ducati in 2007, taking the title with 10 wins, before switching to Honda at the start of the 2011 season. Stoner won his second championship last year, also with 10 victories.

Stoner has scored a total of 35 wins in the top category.

He is currently leading the championship after having won two of the first three races.