The current idea is for the sparks to be created by mandating titanium skid blocks within the planks of the cars. 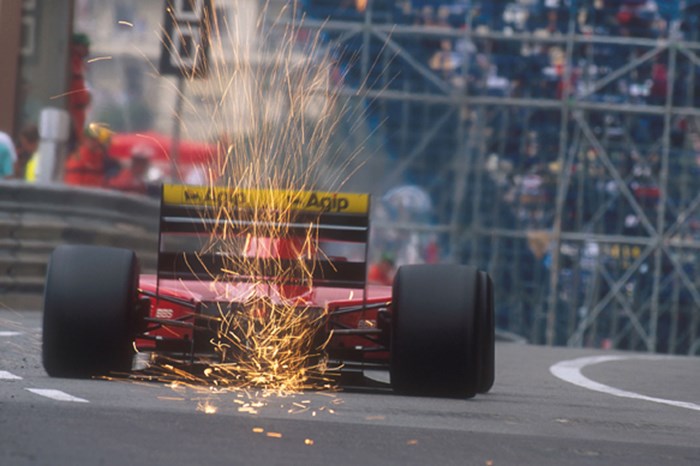 Ferrari and Mercedes are to conduct tests with titanium skid blocks in Austrian Grand Prix Friday practice, with teams now set on bringing back sparking cars to Formula 1.

It was revealed earlier this year that F1 teams were looking at ways to make cars more spectacular, considering ideas including sparking cars, glowing brake discs and vapour trails.

Discussions about the ideas have moved forward, and teams and other representatives on the F1 Commission have given provisional approval for the sparks plan to come into force for 2015.

The current idea is for the sparks to be created by mandating titanium skid blocks within the planks of the cars.

Work is now ongoing among the teams to work out where to locate the skid blocks to produce the best sparks.

As part of those efforts, Ferrari will fit Kimi Raikkonen's car with two skid blocks for the opening day of running at the Red Bull Ring, with Mercedes fitting some in a different position on Nico Rosberg's car.

It is understood that Mercedes and Ferrari are unlikely to make any other changes to the cars, such as lowering the ride height, to enhance the chances of sparks being produced.

The work in Austria will likely be just the first step in a number of tests that will take place over the remainder of the season to ensure that the rule is successful when it comes into force for 2015.

The introduction of mandatory skid blocks still needs to be ratified by the FIA's World Motor Sport Council, which is meeting in Munich next week.