Sidhu and Santosh conquer the desert

Sunny Sidhu driving a Mahindra XUV 500 won the 12th edition of the Desert Storm by over 22 minutes, while CS Santosh triumphed in the Moto category. 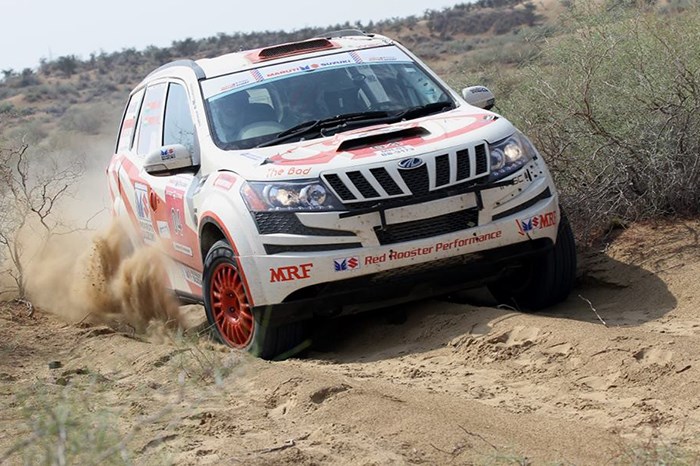 The annual six-day, 2200 kilometre charge through the Great Indian Desert culminated with veteran rallyist Sunny Sidhu, driving a Mahindra XUV 500 winning by a humungous margin of over 22 minutes ahead of Sandeep Sharma driving a Maruti Gypsy.

The 2014 edition of the Desert Storm was flagged off from Delhi on February 26, traversing through the wild outback region of Sardarshahar, Bikaner, Chattargarh, Jaisalmer, Sam, Pokhran, Lakshmangarh and other areas before ending at Jaipur.

The rallyist from Chandigarh, navigated by Bangalore’s PVS Murthy had taken an early lead that wasn’t to be relinquished, with the extent of his advantage increasing from six minutes on day three to over 22 minutes as the competitors were flagged in at Jaipur on sixth and final day of the event.

In Rally Moto (Motorcycles), Bangalore’s CS Santosh of Bangalore dominated to hold up the mantle of being India’s top off-road rider by far, adding Desert Storm to his kitty after having won the Raid-de-Himalaya in 2012. Second went to Helmut Frauwallner of Austria followed by Suresh Babu in third.