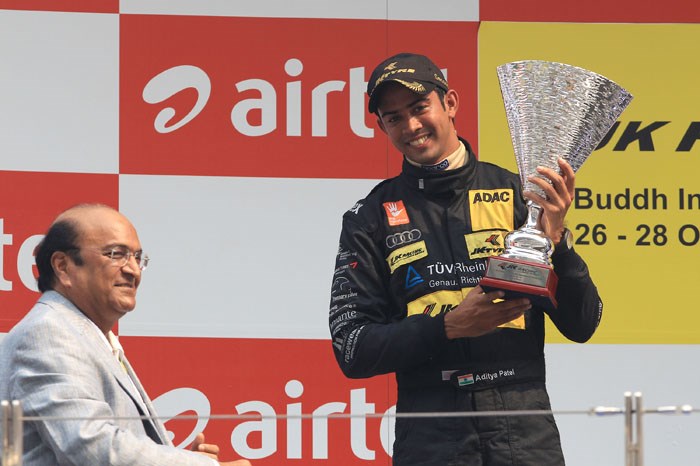 The second and final race of the JK Racing Asia series, running as a support race to the Indian Grand Prix, proved to be an engaging one as local driver Aditya Patel managed to score his second podium finish of the weekend.

Patel had started fourth on the grid but managed to outdrag third place starter and eventual race winner Aston Hare to the first corner. He then battled with race one winner Afiq Ikhwan, who eventually dropped another place and finished fourth.

With poleman Nabil Jeffri away in the distance, victory was looking out of reach for the Indian driver but the Malaysian was slapped with a drive-thru penalty for jumping the start.

As Jefferi drove through the pits at pitlane speed, Patel was handed the lead with Aston Hare, having passed Ikhwan in hot pursuit.

Hare had slightly better pace than the Indian and managed to close up the gap with four laps to go, with the duo running side by side on many occasions.

Patel defended hard for a lap but eventually made a mistake coming out of the fast chicane of turns 13 and 14 which allowed Hare to get alongside into the final corner and force Patel into a defensive position, compromising his exit speed onto the main straight. He then managed to pass the Indian on the main straight and took the chequered flag with a 2.7 second cushion.

Hare’s teammate D Hidzir completed the podium while Jeffri managed to salvage an eighth place finish after serving his drive-thru.

The race wasn’t as eventful for the rest of the Indian contingent in terms of result, although there were a few good battles down the field. Akhil Khushlani managed to finish seventh, followed by Raj Bharath and Vishnu Prasad rounding off the top ten.