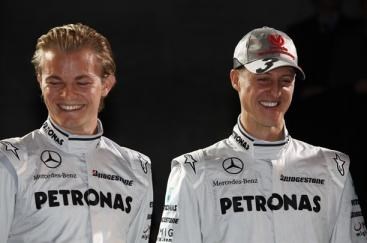 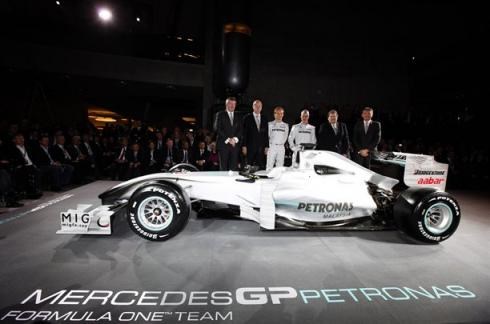 Mercedes GP revealed the livery of its new Formula One car.

The German team displayed its Silver Arrows livery, last seen on an F1 car in the 1950s, on last year’s title-winning Brawn GP car. This year’s car will make its testing debut in Valencia on 1 February.


The Mercedes MGP W01 will be driven by Michael Schumacher and Nico Rosberg. Ross Brawn has stayed on as team principal following Mercedes’ buyout of Brawn GP in November and the Briton is looking forward to reprising his successful partnership with seven-time world champion Schumacher.

“I think for me it is several things: a wonderful future for our team, which a year ago never had a future, such an exciting partnership and such an exciting involvement for us," said Brawn.

"It is a great thing; working with Michael again is a very special treat and something I didn't think would happen again.

"It's so exciting and so motivational for me and the team to be involved. Nico is a very exciting prospect who will make a wonderful partner for Michael. Nico has been racing for a number of years but he will enjoy working with Michael and seeing how a seven-time champion operates.

"But also the final thing is being the part of a rebirth of a racing brand as iconic as Mercedes. It's been 55 years since Mercedes had its own racing team. I have been very privileged in my career to be involved in special things, but this is very exciting to be involved in."