Schumi returned to the cockpit of a GP2 car during three-day testing programme at Jerez. 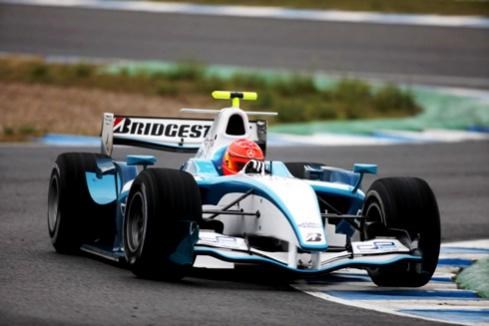 Seven-time world champion Michael Schumacher returned to the cockpit of a racing car on Tuesday morning when he began a three-day testing programme with GP2 machinery.

The German took to the Jerez track early in the morning and completed the first few laps at the wheel of the development car used by the GP2 Series ahead of the 2010 season.

During the test, the Mercedes GP driver will focus on evaluating a number of suspension configurations in order to define new set-up solutions for the race weekends this year.

The test will also be used to evaluate updated components, including a new clutch, to be introduced later this year. It is the first time Schumacher drives a single-seater since he tried to make a comeback to F1 last year to replace the injured Felipe Massa at Ferrari.

At the time, Schumacher was unable to race because of problems with his neck following a bike crash earlier in the year.