The Valencia circuit, which made its F1 debut last year, is a track that Schumacher has not raced at yet. 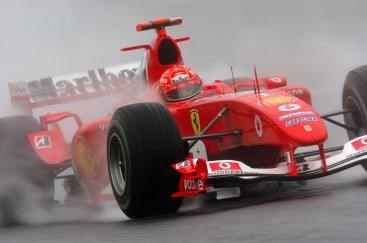 Seven-time Formula One world champion, Michael Schumacher to drive for Ferrari in place of Massa.

After all the speculation about who would replace the injured Felipe Massa at Ferrari, the Maranello-based squad declared on Wednesday that it would be none other than Michael Schumacher himself.

Schumacher, who retired from Formula 1 at the end of the 2006 season will drive for Ferrari while Felipe Massa recovers. The German is set to undertake specific training over the next few days after which confirmation will be given about his participation in the 2009 world championship.

Michael should be back in the cockpit for the European Grand Prix, which will be held on August 23. The Valencia circuit, which made its F1 debut last year, is a track that Schumacher has not raced at yet.