The stewards deemed that the seven-time champion was to blame for having caused the collision with Bruno Senna on lap 13. 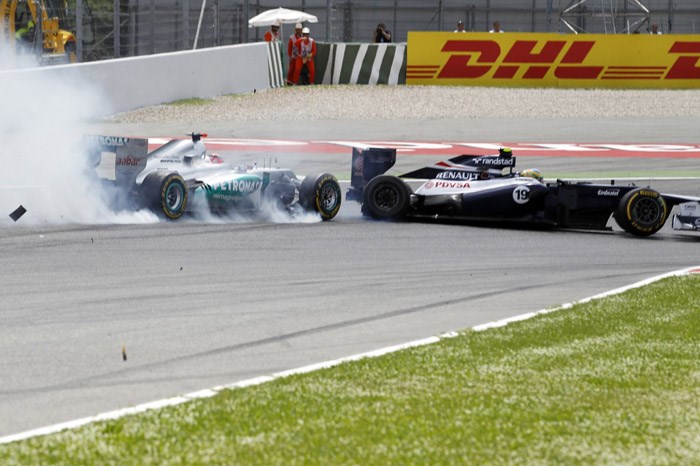 Michael Schumacher will lose five places on the starting grid for the Monaco Grand Prix following his crash with Bruno Senna in Spain.

The Mercedes driver crashed into the back of the Williams when fighting for position at the end of the straight on lap 13, with both drivers retiring.

The stewards deemed the seven-time champion was to blame for having caused the collision and he will be dropped five places on the starting grid at Monaco.

Schumacher believed the accident had been Senna's fault.

"I just took a minute to watch the video and if you look at the overhead shot you can see that he moves right to defend his inside position, but in the braking phase he moves back left right in front of me," said Schumacher.

"Then I tried to avoid to the inside again, but too late. Then it's done because that's in the braking phase. Very frustrating. Very much annoyed about that."