The first Indian rider to be accepted in the Honda-driven Asia Dream Cup, Sarath Kumar ranked ninth overall in 2014, but slipped down to 13th in '15. 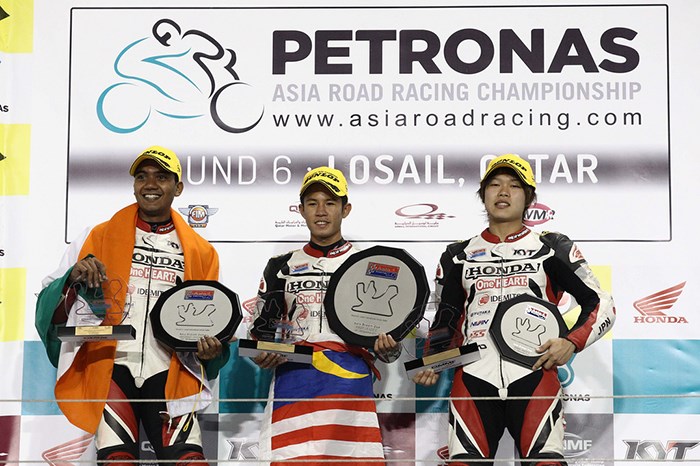 Sarath Kumar, the 23-year-old Indian rider is set to take on a new chapter in his racing career. With backing from the WOW Digit Company, the former Asia Dream Cup graduate will be making his SuperSports 600cc debut at Round 2 of the 2016 FIM Asia Road Racing Championship. Scheduled to be held at the Chang International Circuit in Buriram, Thailand on May 7 and 8, 2016, Sarath will be running mates with two Japanese aces – Moto2 rider Tomoyoshi Koyama and upcoming hotshot Taiga Hada.

Sarath was the first Indian rider to be accepted in the Honda-driven Asia Dream Cup. He ranked ninth overall in 2014 but slipped down to 13th in 2015.

While Sarath will not be the first Indian to race in the Supersports 600cc class (that distinction has already been taken by K Rajini), his participation in the class becomes that much more anticipated with the Buddh International Circuit set to host the FIM Asia Road Racing Championship later this year.

“This is a perfect time for me to move from 250 class to the 600 class and I am so happy that I will be representing India in ARRC SS600. I have been riding the smaller bikes for over 8 years and because of my physique I had to move up the cc class but I did not expect the opportunity to come so soon that to at such a high level of competition.

ARRC SS600 is one of the toughest grid in the world and I want to learn a lot this year before I start thinking about results. Riding with teammates like Koyoma will be a great learning opportunity for me and I hope I can get adjusted with the motorcycle fast. I really want to thank Honda Motorcycles & Scooters India, HM Japan our sponsors John Sudheer, WOW Digit Company and Ramji Govindarajan, Ten10 Racing who came forward to support the entire team for the season,” said Sarath.

The Asia Dream Cup is an intermediary development programme meant to bridge the distance between the national championships and the regional and international levels. A fully sponsored programme, the Asia Dream Cup has become a much coveted opportunity among young hopefuls from around the region.

Within five short years, the Asia Dream Cup had clocked tremendous success with its proteges now making waves around the world. 2012 winner Hikari Okubo is now a full-season World Superbike rider racing the 1,000cc; 2013 and 2014 winners Hiroki Ono and Khairul Idham Pawi form a team in the Moto3 World Championships; and 2015 winner Mukhlada Sarapuech is now being trained in Japan. Other luminaries from the Asia Dream Cup platform include Australian rider Josh Hook, now a WSBK rider with Hikari Okubo; as well as Indonesian Gerry Salim who is beginning to make big strides in the SuperSports 600cc class of the FIM Asia Road Racing Championship.