Sanya E-Prix: Vergne takes his first win of the season

Mahindra Racing and Virgin tied at the top of the teams’ standings after d’Ambrosio and Wehrlein finish 6th and 7th, respectively. 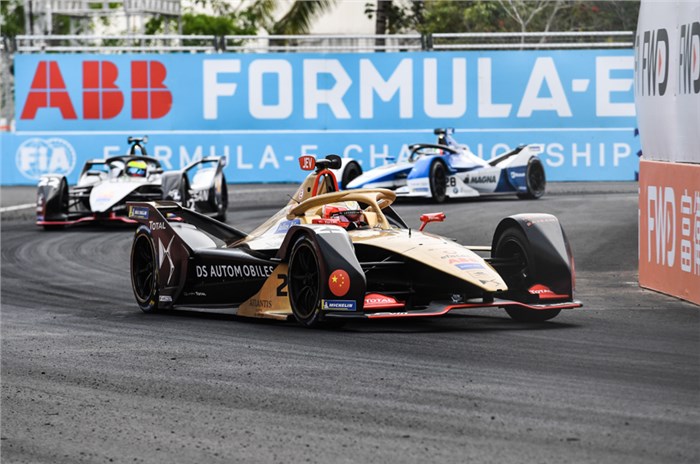 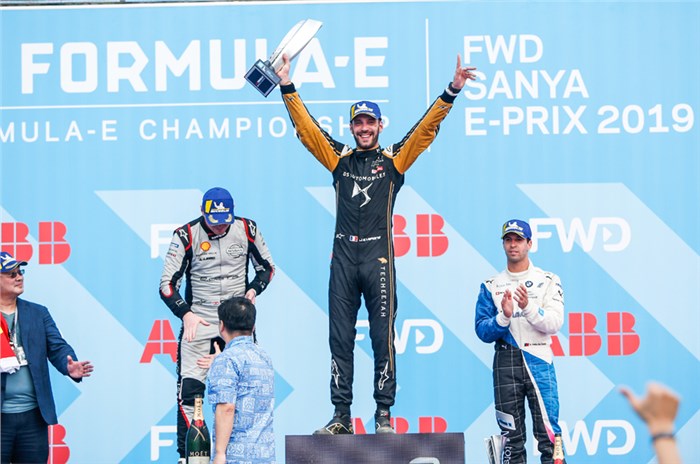 The last couple of Formula E races proved to be challenging for Jean-Eric Vergne, with the reigning world champion being unable to score any points for three consecutive races. But he brought an end to that dry spell after claiming his first victory of the season at the inaugural Sanya E-Prix – home race for his team, DS Techeetah. This makes Vergne the sixth different race winner this season in just as many races.

Nissan e.dams driver, Oliver Rowland, started the race from pole and held on to the lead for a significant portion of the race, with Vergne and Antonio Felix da Costa following closely behind. In typical Formula E fashion, the race saw a string of incidents. Stoffel Vandoorne and Sam Bird retired on the opening lap itself, after making contact; they were soon joined by both Geox Dragon drivers – Felipe Nasr and Jose Maria Lopez. With 30 minutes to go, the field had bunched up at the front, with Daniel Abt and Alexander Sims catching up to the top three. Lucas di Grassi struggled to activate his Attack Mode a number of times and Robin Frijns capitalised on this and managed to pass the Audi driver for 7th place.

After spending well over half the race behind Rowland, Vergne finally managed to move into the lead after overtaking him down the inside of Turn 11. Da Costa tried to make a move on Rowland soon after but he remained in 3rd place as his car’s nose was left damaged after the two ended up making contact. Further down, Sims clipped the wall, damaging the rear of his car and bringing out the safety car in the process. However, the race was soon red-flagged to recover Sims’ car, making it a sprint for the win with just under 12 minutes of racing to go.

Vergne pulled away at the front once the race was re-started, but Rowland soon caught up to him. However, with Vergne under investigation for not following proper procedure behind the safety car, Nissan urged Rowland to not take any risks and “secure the result” instead, and he held station in second place, with Vergne taking victory. Vergne ultimately held on to the race win as he was only handed a reprimand for his safety car infringement. The result has propelled the French driver from 11th to 3rd in the drivers’ championship.

Da Costa completed the podium in third place, ahead of Lotterer, who passed Abt for 4th place with six minutes on the clock. The final few laps of the race turned out to be chaotic – Di Grassi had managed to overtake Frijns for 6th place but the two ended up retiring on the penultimate lap after Sebastien Buemi and Frijns came together on the run through Turn 7, resulting in the latter running into the back of di Grassi’s car. With the two cars stranded on track, the race finished under a full-course yellow.

Buemi, who had to start the race from the pitlane, ended up crossing the line in 6th place, but he was handed a 10-second penalty for causing a collision with Frijns, dropping him down to 8th place. This promoted the Mahindra Racing duo of Jerome d’Ambrosio and Pascal Wehrlein to 6th and 7th place, respectively.

The race results brought about some major changes in the drivers’ standings with da Costa now moving into the lead, just one point ahead of d’Ambrosio. Just two points separate the top four in the teams’ standings – Virgin and Mahindra Racing are tied at the top with 97 points each, a point ahead of Audi and 2 points ahead of DS Techeetah.