Round 2 of 2017 India Speed Week postponed

The drag racing event will be held from December 8-10 at the Jakkur Aerodrome in Bengaluru. 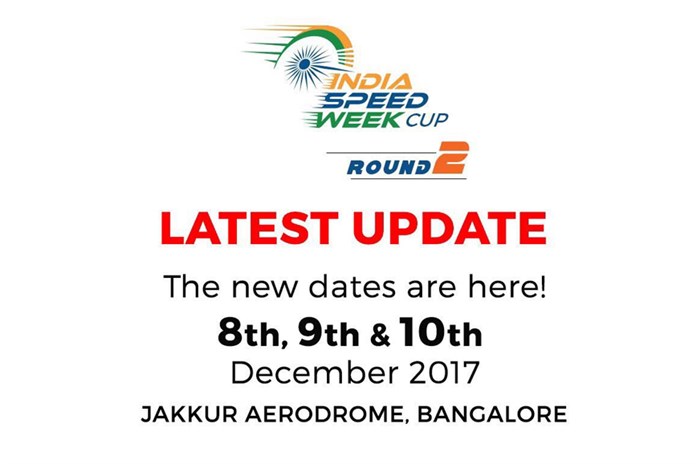 Round 2 of India Speed Week, which was set to take place in Bengaluru on October 27-29, 2017, has now been pushed to December 8-10 due to unsuitable weather conditions in the city.

The drag racing event will see cars and bikes blast down the quarter mile at the Jakkur Aerodrome.

Consisting of three rounds, the 2017 India Speed Week Drag Race Cup is divided into four categories – Indian bikes, Indian cars, foreign bikes, and foreign cars. The races follow a quarter-mile (402.336m) format, wherein the car or motorcycle that is the quickest to cover the distance is declared the winner in a given category.

The first round of the series took place at Aamby Valley earlier this year under the ‘Valley Run’ banner and registered over 600 entries. The quickest car at the event was Dhwanil Patel’s Lamborghini Huracán, wrapping up the run in 11.293sec. Meanwhile, Hyderabad’s Neeraj Sharma took top two-wheeler honours on his BMW S1000R with a time of 9.898sec.

The final round of the series is expected to take place at Kolkata.