With Lorenzo second, Yamaha was able to celebrate its first 1-2 in four years, while Rossi's victory was his first at home since 2009. 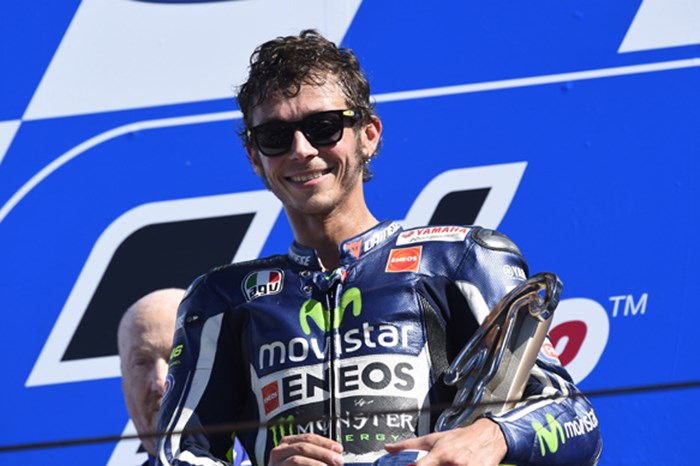 Valentino Rossi claimed his and Yamaha's first MotoGP victory of 2014 at Misano, as Marc Marquez crashed out while giving chase.

With Jorge Lorenzo second, Yamaha was able to celebrate its first 1-2 in four years, while Rossi's victory was his first at home in Italy since the same race in 2009.

Poleman Lorenzo was the only frontrunner to choose the harder front tyre, and although he held the lead at the start, he had Rossi and Marquez right on him from the outset.

As the trio broke away from the pack, Marquez and Rossi swapped second place repeatedly.

Lorenzo was unable to take advantage of this and escape, and instead was overtaken by both his rivals in quick succession.

They then began to creep clear, with Marquez sitting in Rossi's wheeltracks - until he lost the front of his Honda under braking and crashed in a race for the first time since the June 2013 Mugello event.

By then, Rossi had a two-second lead over Lorenzo, and he was able to maintain this to the finish, to the euphoric delight of the Misano crowd.

They had been part of the race's biggest gaggle at first, before Andrea Iannone - who equalled his career-best in fifth - and Pol Espargaro drifted away.

Stefan Bradl crashed from this group early on, with Aleix Espargaro also fell on the last lap while fighting with Alvaro Bautista and Cal Crutchlow for eighth behind Bradley Smith.

Espargaro's late incident and a last-gasp pass on Leon Camier meant Marquez was able to salvage a point in 15th, having rejoined a very distant last after his crash.