Rossi to race a Ferrari at Monza

The former MotoGP world champion will make a one-off appearance at the Monza round of the Blancpain Endurance Series, driving a 458. 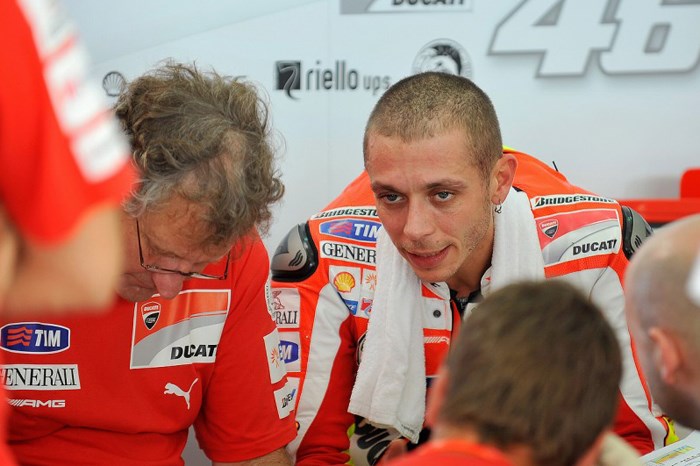 Valentino Rossi is to return to the sportscar cockpit later this month when he takes part in the opening round of the Blancpain Endurance Series at Monza on April 15.

The former MotoGP champion will drive a Ferrari 458 alongside friend Alessio Salucci for the Kessel Racing team.

"We really decided at the last minute to participate in the Blancpain Endurance Series event in Monza, and to race in partnership with my friend Uccio is a very big pleasure," said Rossi about his one-off appearance.

Rossi has often hinted at a future in circuit racing or rallying when he calls time on his MotoGP career.

Blancpain series chief Stephane Ratel - who also heads up World GT1 and European GT3 - hopes that Rossi might be tempted to make the one-off outing the first of many.

"For many years I have been saying that from all of the world-class drivers and riders, the one I would most like to welcome in GT racing is Valentino Rossi," Ratel said.

"He is the ultimate motorsport hero and we must hope he will consider joining our championships on a more regular manner at some point in his outstanding career.

"At Monza, in a Ferrari, we could not have expected a better combination to make the