Ducati has finally confirmed that it has secured a two-year deal with Valentino Rossi, with the Italian joining from 2011. 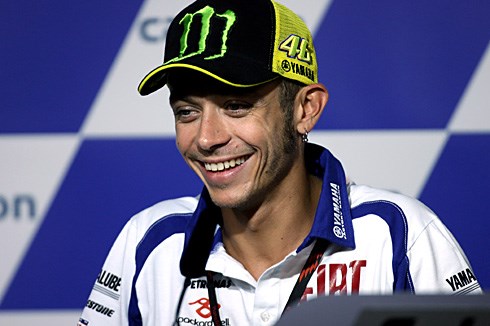 Ducati has finally confirmed that Valentino Rossi will join its line-up next season, the seven-time MotoGP world champion having signed a two-year deal with the Italian squad.

Rossi's move to Ducati has been regarded as near-certain by MotoGP insiders for several months, and this afternoon at Brno Yamaha issued a statement announcing that it was parting company with the Italian legend after seven years together - during which Rossi has won four world championships and 45 grands prix so far.

"We are delighted to announce that Valentino Rossi will be with us from 2011," he said. "He is a paragon of excellence in the world of motorcycling, coherent with our Italian company which is a standard-bearer for 'made in Italy' excellence."

The company's sporting boss Filippo Preziosi was equally pleased - but added that Ducati would continue to race hard against Rossi for the remainder of 2010.

"Until the Valencia GP he will remain a competitor, one so great that he has always given a special value to our victories, but as soon as he rides the Ducati for the first time, we will work together on every single detail that will develop a bike capable of showing his huge talent.

"Working with Valentino is one of the most exciting things for every engineer and it's good to know we will have this great opportunity next season."

Nicky Hayden is expected to be retained as Rossi's team-mate, with Ducati's current lead rider Casey Stoner having already announced he will join Honda next year.