Force India's Paul di Resta finished the morning in fifth, but was knocked down a place by one of the few improvers of the afternoon. 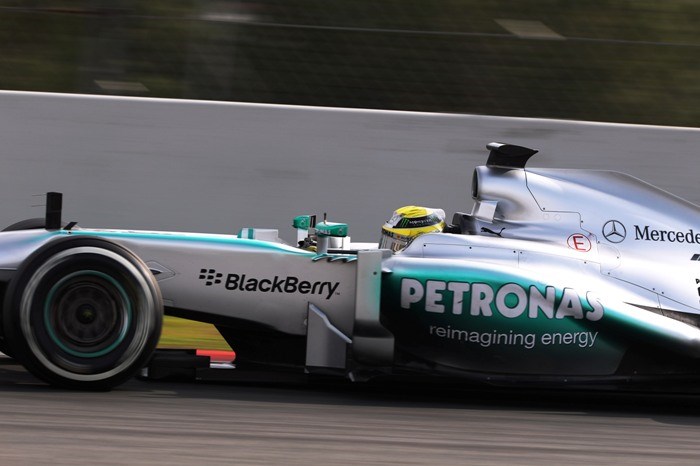 Mercedes ended the final day of 2013 pre-season Formula 1 testing on top thanks to Nico Rosberg.

The German recorded a 1m20.130s at Barcelona on soft tyres after trading fastest laps with Ferrari's Fernando Alonso for much of the morning session.

Most teams concentrated on higher fuel runs or the harder tyres in the afternoon, so there were few improvements after the break.

That meant the top duo's advantage remained at around one second, with Jenson Button's McLaren third from the Sauber of Nico Hulkenberg.

Force India's Paul di Resta finished the morning in fifth, but was knocked down a place by one of the few improvers of the afternoon.

Kimi Raikkonen's Lotus spent most of the morning in the pits thanks to a gearbox problem. A couple of soft-tyre runs towards the end of the afternoon nevertheless lifted him to fifth.

The only other changes to the timesheets in the afternoon came from drivers who had not been part of the morning session.

Valtteri Bottas took over from Pastor Maldonado at Williams and was just over 0.1s slower than the 2012 Spanish Grand Prix winner as the FW35 took seventh and ninth.

At Marussia, Max Chilton took over from Jules Bianchi. A late improvement meant he recorded 1m24.103s, but that was almost a second slower than his new team-mate's best from the morning.