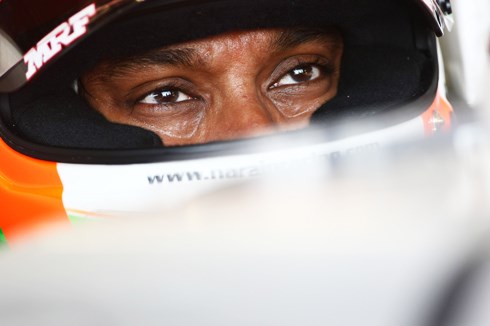 Hispania has confirmed that Daniel Ricciardo will make his Formula 1 racing debut in one of its cars at the British Grand Prix.

Red Bull protege Ricciardo has been third driver for Toro Rosso so far this season, alongside a campaign in the Formula Renault 3.5 Series.

"It's a dream come true for me - for the first time on an F1 starting grid!" said Ricciardo. "I had to pinch myself a couple of times to be sure that it's real. I'm excited and can hardly wait to drive at Silverstone. It's a new challenge, a new experience, a new team, but I'm ready and will give of my best in any event."

The Australian will take Narain Karthikeyan's seat alongside Tonio Liuzzi for all remaining 2011 races bar the Indian Grand Prix, with Karthikeyan still set to run at his home race.

Ricciardo is effectively being loaned to Hispania by Red Bull so the organisation can assess him in a race situation and up against a known quantity in Liuzzi. The Australian had been tipped to replace either Sebastien Buemi or Jaime Alguersuari at Toro Rosso during the season if either's form proved disappointing.

Hispania team chairman Jose Ramon Carabante is optimistic that the deal to run Ricciardo could be the start of a greater collaboration between his squad and Red Bull.

"This agreement is a reward for all the hard work Hispania Racing has shown since we started in Formula 1 last year," he said. "We're proud that the Formula 1 world champion team has trusted us in their effort of developing their drivers. Let's hope that this is just the start of a fruitful relationship."