Renault reveals the R30 and confirms Vitaly Petrov as its second driver for 2010 season. 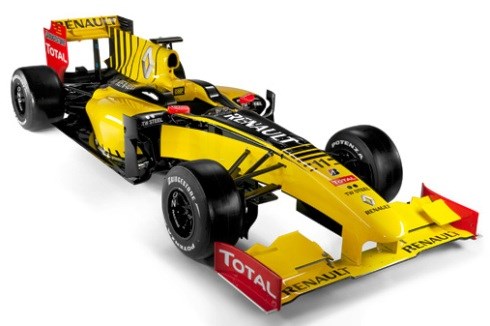 The Renault Formula 1 team launched its 2010 car at the Valencia circuit on Sunday afternoon and confirmed Vitaly Petrov as its second driver.

The new R30 was unveiled by Russian Petrov and team-mate Robert Kubica, who will form the all-new driver line-up of the French squad this year. Twenty-five year-old Petrov, last year's runner-up in the GP2 series, becomes the first Russian Formula 1 driver in the history of the sport.

Petrov will be partnering Pole Kubica at Renault, who is hoping to turn around its fortunes following a dismal 2009 season in which the team scored just 26 points on its way to eighth place in the championship.

"The start of a new Formula 1 season is always a time of great anticipation," said new team boss Eric Boullier. "For Renault, this is particularly true of the 2010 season as we begin a new era for the team.

"With a new structure in place, new drivers, and new colours, there is a lot to be excited about and a lot to look forward to in the year ahead. Setting objectives is never easy, but it's clear that we have high ambitions for 2010 as we aim to take Renault back to the front of the grid. However, this is not going to happen overnight and our ambition is to make this journey one step at a time.”

"The R30 should be a competitive, strong and reliable car and we've opted for an aggressive development strategy. The factories in Enstone and Viry have been working flat-out during the long winter months to ensure that we begin the new season in the best shape possible. These factories have been successful in the past and they haven't forgotten how to win in Formula 1."

The R30 was presented with Renault's new colours - yellow and black. It also incorporates a similar shark fin engine cover, as those seen in the new McLaren and Sauber cars. The new colour scheme resembles that used by Renault when it first entered Formula 1 back in 1978.