Renault engine/KERS not the root of Caterham woes: Smith 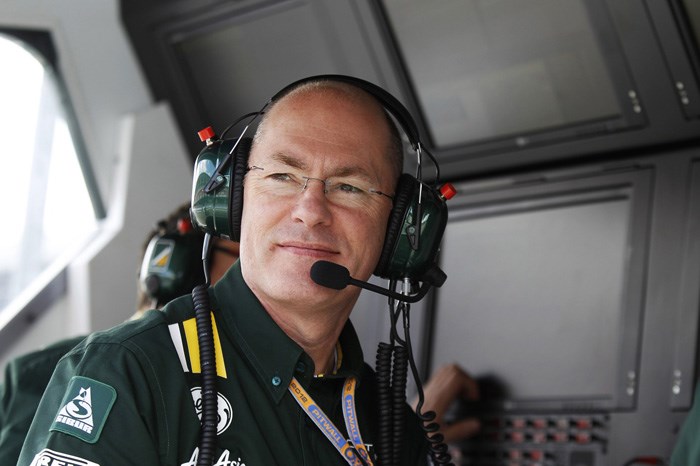 Caterham technical director Mark Smith believes that the switch to Renault engine and KERS has not adversely impacted the squad’s development curve as it continues to struggle for a piece of the midfield action.

The UK-based outfit, owned by Malaysian businessman Tony Fernandes was expected to make a significant step with the debut of the CT-01, taking it into the midfield and fight for the odd point under favourable conditions after procuring the Renault engine and KERS package developed by Red Bull Racing.

But the new package has failed to match the team’s expectations throughout the season, failing to break free from the group of the three ‘new’ teams and is now 11th in the standings, behind the non KERS, Cosworth-powered Marussia F1.

“When we first fitted the KERS in the workshop and went to Jerez, we expected a lot of problems but the car ran well and none of the issues that we were worried about cropped up.

“But I think we haven’t been able to make the strides we expected especially since Silverstone and have fallen behind.

However he concedes that the team is still working on investing more into aerodynamics which remains important irrespective of other developments.

“It is still the biggest performance differentiator in Formula 1, and to get ahead we need more of it and we are working towards that by increasing the number of wind-tunnel hours and so on.”

Smith also agrees that development of the ‘Coanda’-style exhausts is interesting and worth pursuing even during the run-in to the season.

“I think there is performance to be found as some of the front-running teams have shown, so obviously we need to work on it.

“As with anything else, some engines respond better to it than the others and since the exhaust exits end up being narrower, it may cost a bit of power as well.

“So maybe for a power circuit like Spa or Monza you can end up running a different configuration.”