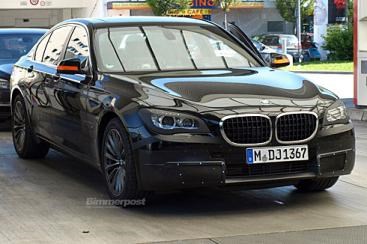 Red Bull Racing has become the last of the current teams to unveil its new car, after pulling the covers of its RB6 in the Jerez pitlane on Wednesday morning.

The Adrian Newey-designed machine appears to be a logical evolution of the 2009 RB5 that proved to be Formula 1's pace-setter in the second half of the season.

Preview pictures of the car were published by Red Bull shortly before the launch took place in the Jerez pit-lane.
The car features a more extreme V-nose solution than on last year's car, with highly-crafted sidepods and the shark fin engine cover that has appeared on rival competitors' machinery.

The car also features an intricate front-wing design and has been fully developed around the double-diffuser concept that had to be incorporated onto the RB5 mid-season last year.

Mark Webber will give the car its first laps during the second pre-season test at Jerez, with the outfit looking at a full-scale world championship challenge this year.

Red Bull Racing had opted to skip the first pre-season test at Valencia last week in order to give itself more development time for the new car.