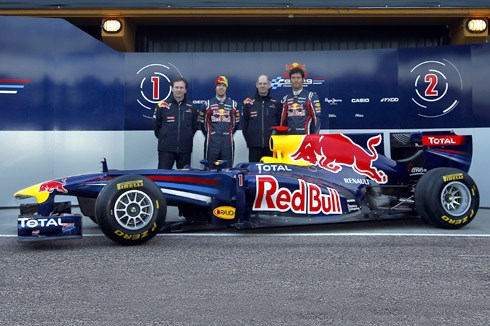 World champion team Red Bull Racing has unveiled the car with which it will attempt to defend its titles in 2011 - the Adrian Newey-designed, Renault-powered RB7.

Pictures of the car appeared on the team's website before the official unveiling in the pitlane at Valencia. The car features a high nose, higher engine cover than its predecessor, and a different concept rear wing.

Vettel will be at the wheel for the car's first test at Valencia.