Winner of the 2nd edition of the tournament will be flown to Yas Marina for the Formula 1 season finale in November. 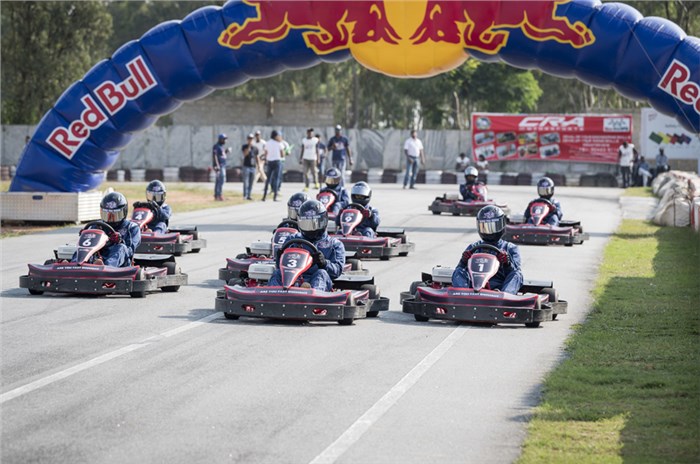 After a successful 1st edition last year, the Red Bull Kart Fight is back in India for its 2018 edition. The national-level amateur karting tournament will be held in Mumbai, Gurugram, Chennai, Bengaluru, Hyderabad and Baroda.

The format of the tournament is a little roundabout, so stay with us through this next bit:

Meanwhile, city qualifiers will be conducted for three months in Mumbai and Gurugram, separately. Simultaneously, each city will host a round of the city finals at the beginning of each respective month. Each of these rounds will feature the top 20 drivers from the city qualifiers held in the previous month.

At the end of three months, the top three drivers from each of the city finals (nine drivers from Mumbai, nine from Gurugram) will then battle it out in the national finals, along with the four winners of the one-day qualifiers – a total of 22 drivers from across the country.

The national winner will get an all-expense-paid trip to the Formula One season finale at Yas Marina in Abu Dhabi, to be held on November 25, 2018. Last year’s edition of the event was won by Monish Jain, the son of a diamond merchant from Mumbai, who also won the trip to the Abu Dhabi Grand Prix.

Those interested in participating can head to Smaaash in Mumbai and Gurgaon; Meco Kartopia in Bangalore, Hyderabad and Chennai; and Erda’s Speedway in Baroda. The standings will be decided by timing systems that are accurate to 1/100th of a second.