Russian FMX champion Alexey Kolesnikov is considered by many as the most prominent FMX rider from Russia and is one of the top 20 in the world. 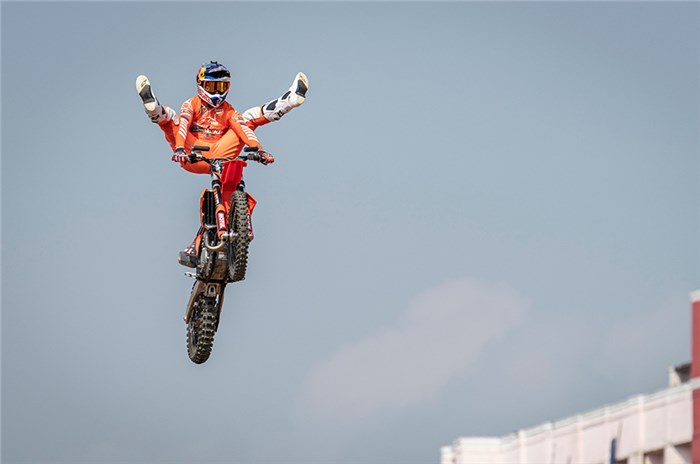 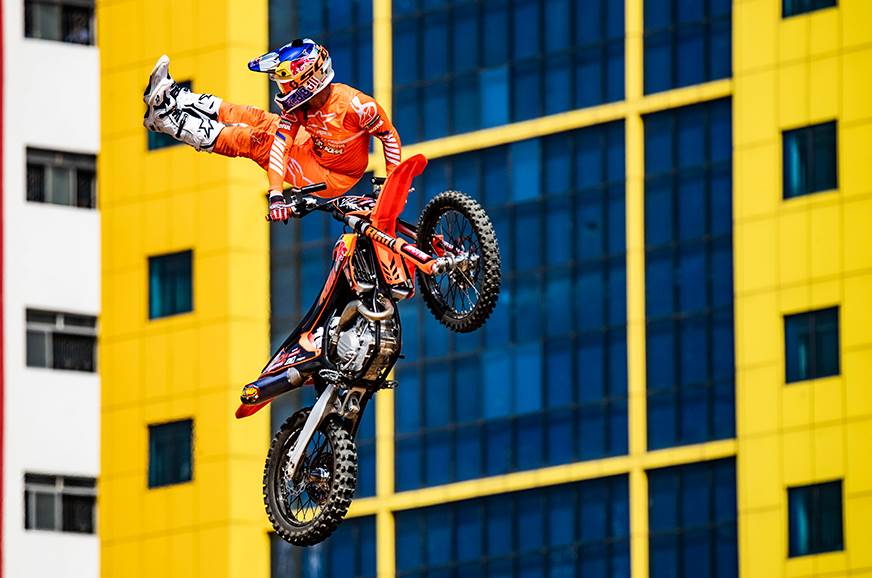 Widely regarded as the most prominent FMX athlete that Russia has ever produced, Alexey kicked off his motorsport career at the age of 12 with motocross, before trying his hand at enduro rallies and then FMX. Last evening, he returned to India and performed as part of SRM University’s Milan Colosseum sports festival in Chennai, where he demonstrated a series of mid-air stunts despite the limited space and practice he had at the venue.

We got to sit down with Alexey for a brief chat where he told us about how he got into the sport and what he thinks of the Indian two-wheeler stunt scene. Stay tuned for the full story.