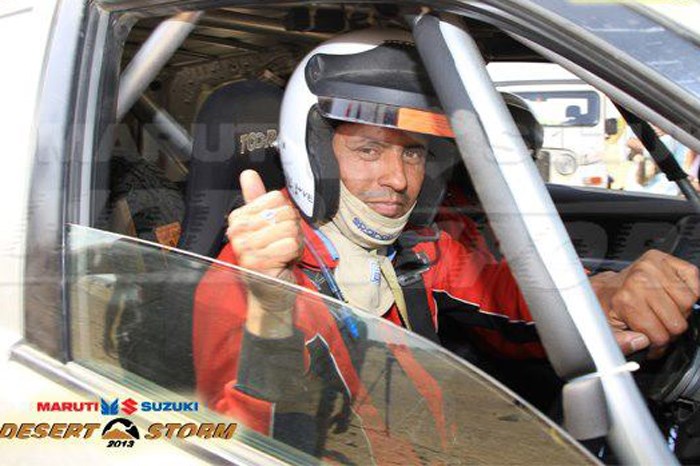 Multiple Raid de Himalaya winner Suresh Rana of Team Maruti won the 11th edition of the Maruti Suzuki Desert Storm, the gruelling six-day event that kicked off in Delhi on February 18 and ended at Jaipur.

Behind the wheel of a rally-prepped Vitara, Rana topped Rally Xtreme and won the event overall while Maruti maintained its dominance in Rally Ndure and Rally Xplore as well. Rana won 12 out of 13 competitive stages of the event enroute to victory.

At the finish in Jaipur, Rana ended a massive 29 minutes, 33 seconds ahead of his closest competitor, Chandigarh’s Sunny Sidhu, piloting a Mahindra Thar for Team Mahindra. Another Mahidra factory team driver, Lohitt Urs, behind the wheel of a XUV 500 completed the overall podium.

Somdev Chanda of Team Maruti ranked first in Rally Ndure with a lead of three minutes over Jagmeet Gill in second, while Parth Beniwal, finish third – with all three competitors piloting a Maruti Gypsy.

Jaipur's Raj Singh Rathore topped Xtreme Quad driving his Polaris RZR 800 to victory, while Mohit Verma won in the Xtreme Moto with a lead of 27 seconds over Vijay Parmar of Shimla.

Parmar, who was running first in Rally Moto till Day five, had a fall in the last competitive stage on the final day, dropping him to second. Third in Moto class was German biker Stephan Rausche, who made a remarkable comeback after losing time in the first two days.

The 11th edition of the event had started with 138 teams in the fray including 52 teams in Xtreme, 34 in Ndure, 29 in Xplore, 29 in Moto and three in Quad. The rally traversed about 2,200 kilometres in the wild outback of Sardarshahar, Bikaner, Jaisalmer and Jaipur where it ended on February 23.