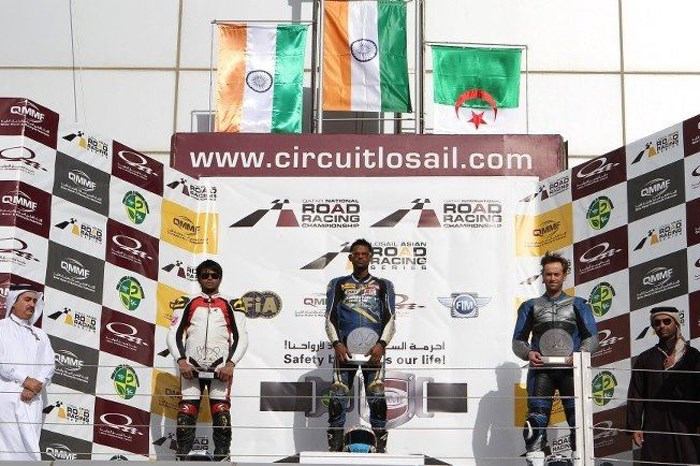 The 2013 season of the Losail Asian Road Racing Series (LARRS) started off on a great note for Indian riders K Rajini and R Deepak.

Running as a part of the Qatar International Road Racing Chamopionship, a total of 37 bikes participated in the race that was run concurrently across two categories - Superbike and LARRS with majority of the grid made up of superbikes with names like Anthony West and Bradely Smith in contention. Rajini and Deepak rode in the one-make LARRS category, which had a total of eight bikes on the grid.