Raikkonen's 1m22.030s lap, set inside the final 20 minutes of the morning session wasn't threatened throughout the day. 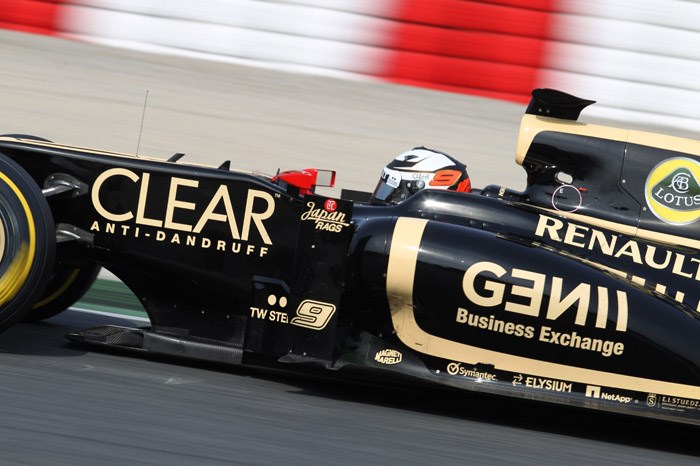 Kimi Raikkonen ensured that Lotus finished pre-season Formula 1 testing on top as nobody was able to beat his morning time on the final afternoon at Barcelona.

Most of the field spent the afternoon focusing on race simulations, meaning that Raikkonen's 1m22.030s lap, set inside the final 20 minutes of the morning, was unlikely to come under fire.

The Lotus driver's race simulation was among the most impressive of the day as he completed a 65-lap run on four sets of Pirelli tyres; three soft, one hard. During these stints he suffered performance drop-off of no more than 1.8s on any given set of tyres.

While his drop-off figures were the best of the race simulations, his overall pace was still shy of Lewis Hamilton's McLaren, which seemed to have a 0.2s advantage on any given lap of a stint.

With nobody improving, Fernando Alonso retained second spot in the times - 0.220s down on Raikkonen.

The Ferrari driver's race run was affected by a couple of red flags caused by Kamui Kobayashi's Sauber - which suffered an engine problem and stopped between Turns 4 and 5 – and Vitaly Petrov's Caterham, which took a trip through the gravel at Turn 4 with half an hour to go.

Bruno Senna remained third overall, despite the Brazilian being replaced by his team-mate Pastor Maldonado for the afternoon. Maldonado completed 48 laps – which included two stints on supersofts – putting him ninth.

Nico Hulkenberg's Force India and Kobayashi were next up, ahead of Hamilton, Petrov and Michael Schumacher's Mercedes, which focused on a succession of 10-lap runs on soft tyres.

Daniel Ricciardo's Toro Rosso and the Red Bull of Sebastian Vettel brought up the tail of the field. Vettel completed just six laps right at the end of the day; his RB8 having to be cured of gearbox problems that had also restricted his morning running.